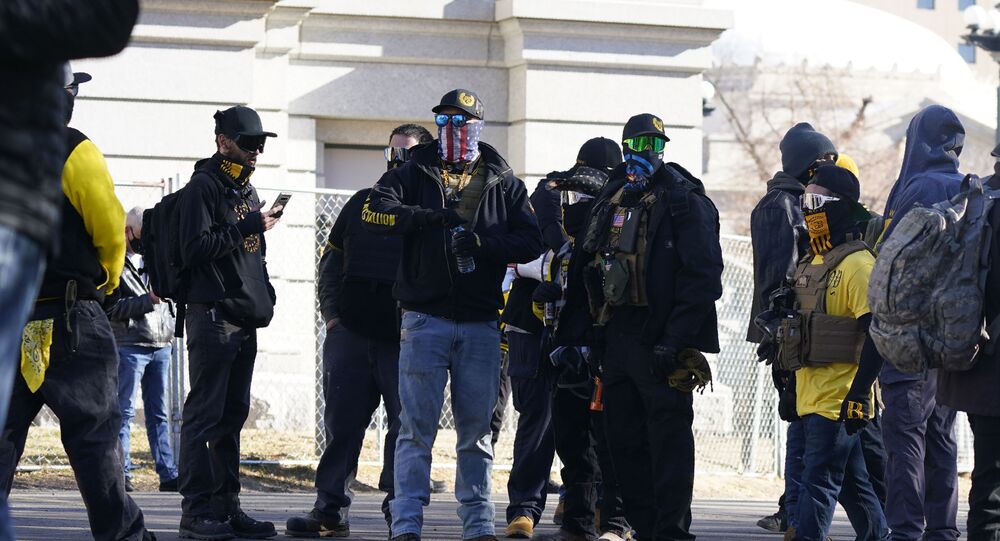 TORONTO (Sputnik) - The Canadian government has designated 13 groups as terrorist entities among which are far-right collectives the Proud Boys and the Atomwaffen Division, Public Safety Minister Bill Blair said on Wednesday.

"Today, we have placed 13 new groups [on the list of terrorist entities], including four ideologically motivated violent extremist groups. Those four groups include the Atomwaffen Division, the Base, the Proud Boys and the Russian Imperial movement," Blair said during a virtual press briefing.

Blair said that the far-right collectives pose a current and serious threat to Canada’s national security. The public safety minister admitted that he is aware of the Canadian parliament’s unanimous approval for a motion to designate the Proud Boys as a terrorist entity last week and the unrest that occurred at the US Capitol on January 6, but said that the decision was not political in nature and that due process was followed.

Canadian experts have warned that politicizing the terror listing process could set a dangerous precedent. Respond to questions concerning civil liberties, Blair reiterated that the designation was the result of evidence and intelligence gathered by law enforcement.

Blair would not speak to specific threats posed by the far-right groups but said that their activity has escalated since first popping up on Canadian law enforcement’s radar in 2018.

The designation will allow the Canadian authorities to pursue these entities through legal processes, conduct surveillance and curtail funding to the groups, Blair said.