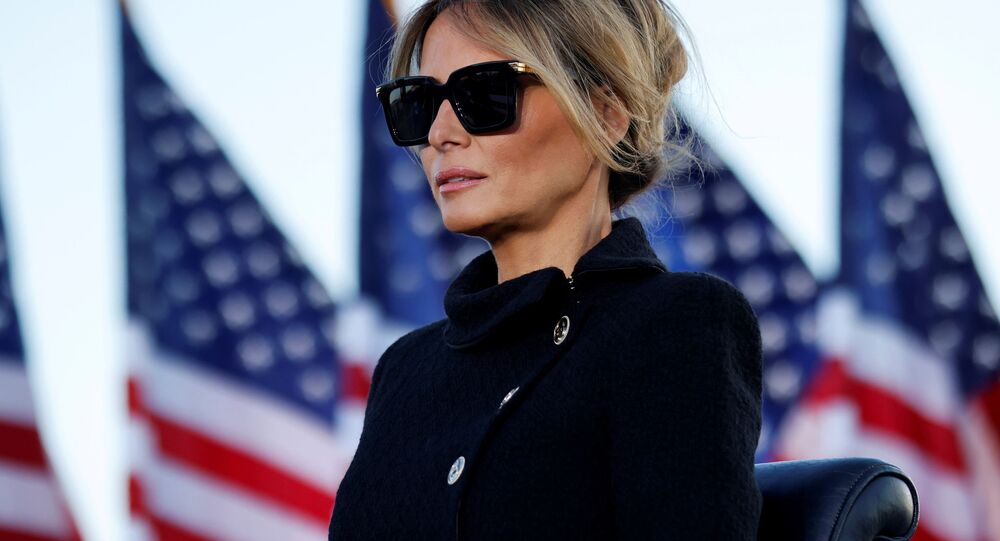 There have been a plethora of rumours about relations between the former president and his glamorous first lady with some suggesting that Melania desperately wants a divorce at the end of the presidency. Other reports, however, say that the two are happy together.

Melania Trump has been "bitter and chilly" towards her husband because the former first lady is angry about how the couple left the White House, CNN reported, citing people close to the Trump family. According to these sources, the former First Lady is furious that the Trumps’ reputation was tarnished by the storming of the Capitol.

On 6 January, Congress convened to certify the results of the 2020 presidential election. Donald Trump, who lost to Democrat Joe Biden, refused to concede defeat and for months claimed that the election was stolen by electoral fraud on the part of the Democrats. On that day the Republican held a rally during which he repeated his claims about voter fraud and urged the audience to "fight".

Some of Trump’s supporters then headed to the Capitol and staged a protest, during which dozens of people forced their way into the building. Five people – four civilians and a policeman – died and more than a hundred law enforcement officers were injured in the fray. Critics of the president accuse him of inciting insurrection and he is now facing an impeachment trial. Trump himself denies he was responsible for violence and called impeachment proceedings "ridiculous".

According to a former White House employee, Melania is upset because she feels her reputation has been affected by Donald Trump’s claims that the 2020 presidential election was rigged and the storming of the Capitol. A poll released while the couple was leaving the White House showed that Melania had the worst approval rating of any modern first lady.

The sources told CNN that the 50-year-old is not interested in the second impeachment trial of her husband and spends most of her time in spa.

"She goes to the spa, has lunch, goes to the spa (again) and has dinner with Donald on the patio. Rinse and repeat. Every day," the source, who is familiar with Melania’s routine, said.

The source also revealed why the former first lady was slow to condemn the storming of the Capitol: a former White House official said Melania felt she was stuck between the hammer and the anvil – if she had condemned it, Trump’s supporters would have turned against her, if she had remained silent, her support for what happened would have been inferred.

Another former aide claimed that the 50-year-old had been counting the minutes until Donald left office so that she could divorce him. Melania herself has rejected allegations about her marriage and said her relationship with her husband is great.