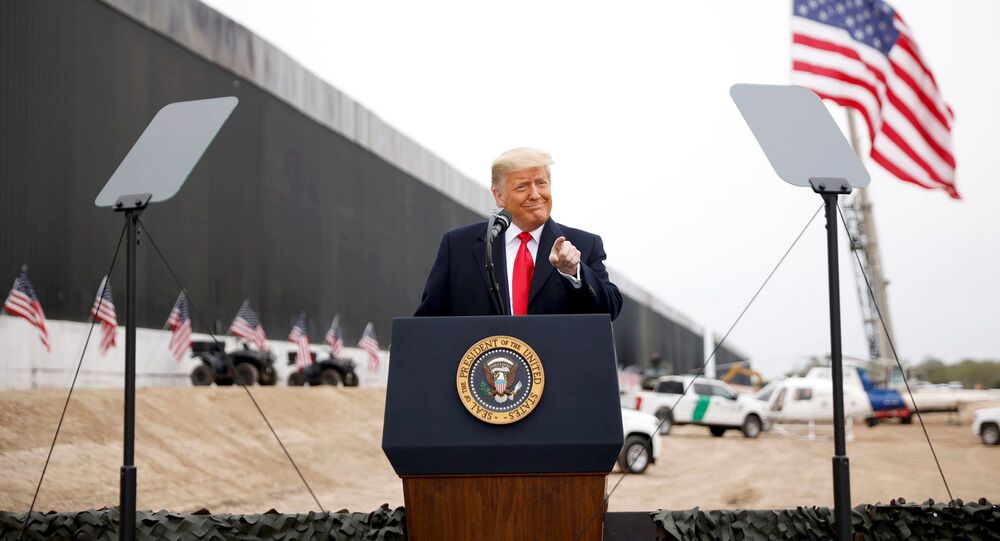 Trump has triggered a backlash from many fellow Republicans, including even VP Mike Pence, by refusing until recently to acknowledge the results of the 2020 election, which saw Democrat Joe Biden claiming victory and becoming the next president-elect.

According to the sources, Trump tossed out the idea to his aides and several other people close to him last week, and reportedly, he wants to dub the new political entity as the “Patriot Party.”

Earlier in the day, Trump delivered his farewell address to Americans, where he said the “movement we started is only just beginning.”

© REUTERS / CARLOS BARRIA
Trump's Farewell Address: 'Especially Proud' to Be 1st President 'in Decades' With 'No New Wars'
Following Trump's election fraud accusations and the DC riots, which Trump has been accused of inciting, many fellow Republicans have turned their backs on the president.

On Tuesday, Senate Majority Leader Mitch McConnell lashed out at Trump, accusing him of provoking the violence in DC, when thousands of the president's supporters stormed US Capitol in a bid to prevent the Congress from certifying Biden's victory in the election. McConnell said, “The mob was fed lies. They were provoked by the president and other powerful people”.

Media reported earlier that Pence was furious over Trump urging him to block the congressional certification of the 2020 election results.

Trump apparently considered the vice president a "traitor" for not supporting his electoral challenge, tweeting, “Mike Pence didn't have the courage to do what should have been done to protect our Country [sic] and our Constitution”. The tweet has since been deleted, and Trump's Twitter account has been permanently blocked.

Just hours are left before Trump's tenure in the White House officially ends at noon on Wednesday and Joe Biden is set to take office as the 46th president of the United States. Trump, however, has decided not to attend the inauguration ceremony - becoming the first president in decades to skip the event.

The White House has confirmed that Trump will leave DC four hours prior to the inauguration ceremony. Earlier media reports said that at around 8 am, Trump intends to depart from Joint Base Andrews aboard Air Force One to spend the following days at his Mar-a-Lago estate in Palm Beach, Florida.

Trump switched from his Manhattan address to Palm Beach back in 2019, along with his wife, Melania. It is, however, unclear if Trump will continue to reside permanently in Florida.