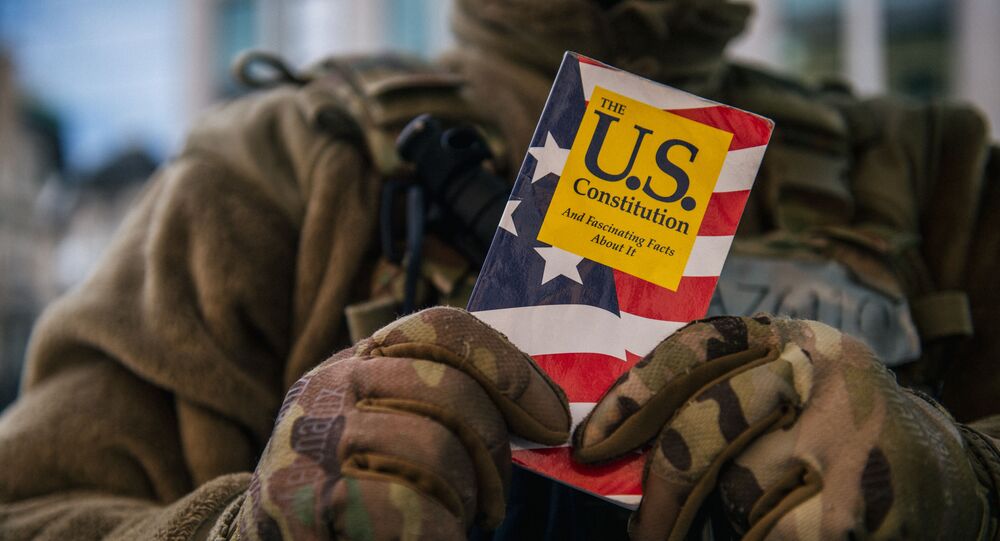 US President Donald Trump has repeatedly expressed scepticism about social media platforms, especially Twitter and Facebook, accusing them of shading "prominent Republicans" and of having a "Radical Left bias"

Russian Foreign Minister Sergei Lavrov has stated that the latest events in the US indicate that Big Tech companies totally disregard America's Constitution.

"Recent events, including those in the United States, [pertain] to a situation when half a dozen people who have created their technological empires do not even want to know what rights they have in their countries. They themselves define their rights on the basis of so-called corporate norms and they don't care a bit about the constitutions of their nations. We have clearly seen this in the United States, and this, of course, causes serious concern”, Lavrov told reporters on Monday.

He added that all this “comes from evil”, accusing US authorities of failing to deliver on their obligations to provide American citizens with free access to information.

The remarks came after Twitter permanently banned Donald Trump's personal account earlier this month as the social platform accused POTUS of inciting his supporters to violently storm the Capitol building on 6 January in a bid to prevent Congress from certifying the 3 November presidential election results.

Instagram and Facebook were quick to follow suit, even though the social media platforms unblocked Trump’s accounts on Friday, with Facebook CEO Mark Zuckerberg earlier stating the bans would not be lifted until Inauguration Day on 20 January.

Despite the unblocking, Trump was denied the status of US president by the company, and was marked on Facebook as a "Political Candidate" although he is legally the POTUS until Joe Biden's inauguration on 20 January.

Twitter permanently suspended Trump’s account over the social media platform's concerns that POTUS may further use the platform to incite violence, a few days after he continued to dispute the results of the 3 November presidential election and in the wake of the storming of the Capitol building in Washington, DC by the US president’s supporters on 6 January.

© AP Photo / Alex Brandon
Trump’s Twitter Permaban ‘Shows Real Deep State is the People Who Run Social Media,’ Analyst Says
Later on, Twitter CEO Jack Dorsey emphasised that he stands by Twitter's decision to ban Trump's page, but that the move may be fraught with “real and significant ramifications" and may create a "dangerous" precedent.

On 6 January, thousands of Trump supporters breached the Capitol building, where lawmakers were holding a session to officially count the Electoral College votes and confirm Democrat Joe Biden's presidential win.

The riots resulted in the deaths of five people and left dozens more injured, with the rioters also causing damage to parts of the Capitol building and its interior. In one of the tweets at the time, Trump urged his supporters "to go home now", calling for "law and order" to be observed.

After the 3 November election, Trump repeatedly went on Twitter to express his frustration over what he described as "voter fraud" and "the most corrupt" presidential election in US history. The social media platform marked such messages by POTUS with a disclaimer reading "some or all of the content shared in this tweet is disputed and might be misleading about an election or other civic process".

Earlier, Trump accused Twitter and Facebook of shading "prominent Republicans" and having a "Radical Left bias", which came after the content analysis group Media Research Centre claimed in 2020 that POTUS has been censored on these social media platforms 65 times over the past year and a half, while Democrat Joe Biden faced zero instances of censorship on his accounts.