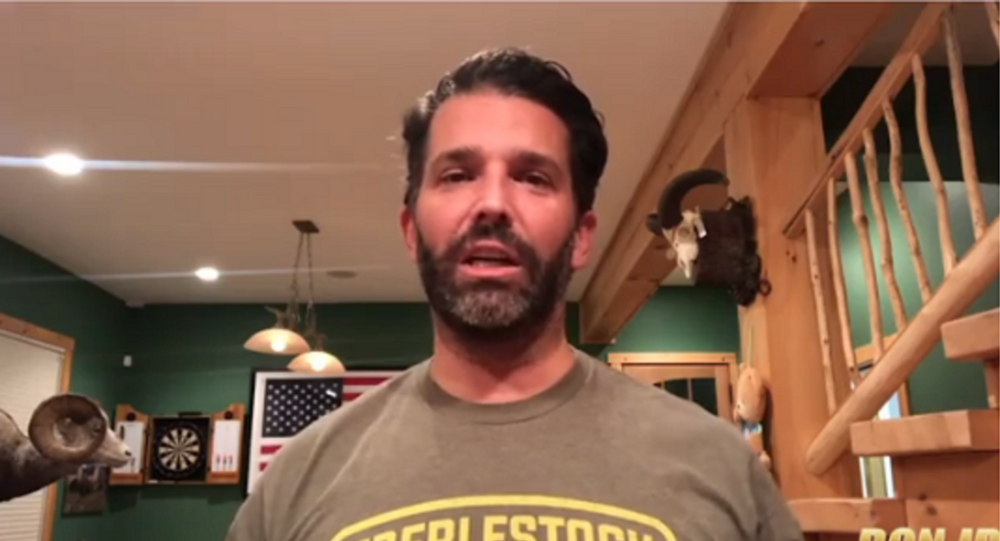 Other social media platforms, including Instagram and Facebook, have banned President Trump following the incident that took place at the US Capitol on January 6.

Donald Trump Jr. has lashed out at Twitter after it permanently banned his father, President Donald Trump, over allegedly inciting the riots that took place at the US Capitol on January 6.

In a video posted on his Facebook, the president’s 44-year-old son declared that, “what I saw today, from Twitter and others really is absolutely insane. This is the kind of stuff that would make Chairman Mao [of China] really proud.”

Those comments come hot on the heels of a decision by the social media giant to permanently suspend the president’s @realDonaldTrump account and wiped away all of his old tweets following an incident on January 6 in which alleged supporters of the president’s stormed the US Capitol as votes were being counted to verify the electoral victory of Joseph R. Biden as the 46th president of the US.

Twitter said in a statement, “after close review of recent Tweets from the @realDonaldTrump account and the context around them we have permanently suspended the account due to the risk of further incitement of violence."

In the video commentary, Don Jr elaborated on what he clearly sees as the hypocrisy of the social media platform, saying, “so, if you guys haven’t noticed yet, Twitter permanency banned by father from its platform, so to speak. It’s not a platform, they can pretend its an open platform but obviously it’s not. They did this I guess, someone told me, because he said he wasn’t going to attend Joe Biden’s inauguration. I’m not sure what’s offensive about that, but I guess they were looking for any excuse but think about that: if they can ban the president of the United States, who can’t they ban? Who won’t they ban? I know the Ayatollah [of Iran] is on there and he has said publicly that he wants to eliminate the state of Israel, he’d nuke them if he could. That’s not banned. Regimes that take homosexuals and throw them off of building rooftops, they are not banned. They’re not even censored!”

Also following the incident at the Capitol, Google suspended the Parler social networking app, which is reportedly frequented by large numbers of the president’s supporters.

President Trump was quick to bite back against Twitter, accusing it in a series of tweets from the @POTUS account of going “further and further in banning free speech.”

“Twitter employees have coordinated with the Democrats and the Radical Left in removing my account from their platform, to silence me - and YOU, the 75,000,000 great...patriots who voted for me,” the president added.

Those tweets were also promptly deleted by Twitter. Subsequently, the president said that he is contemplating building his own social media platform in the future to compete with the likes of Twitter and Facebook, adding of his political movement, “we will not be SILENCED!”