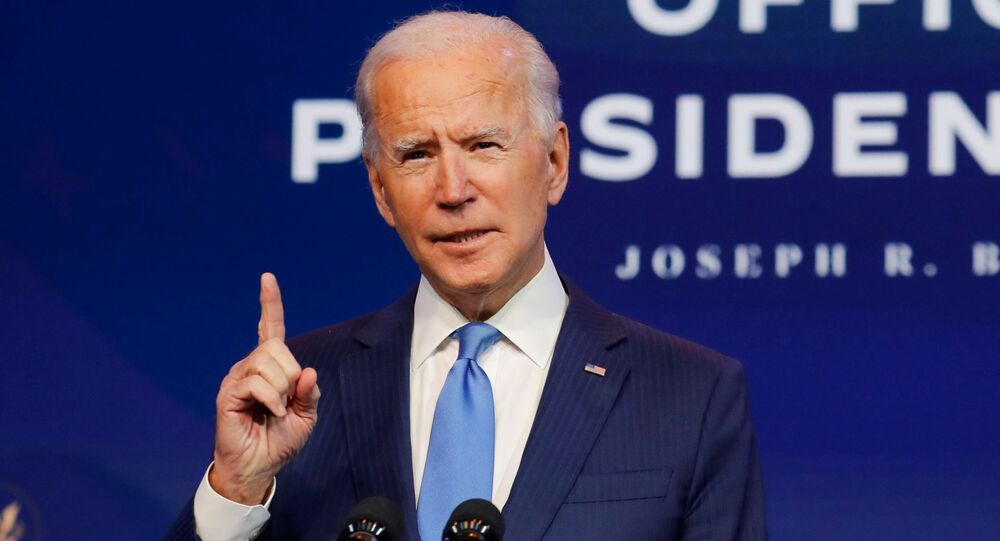 President-elect Joe Biden has expressed moral support for Democratic lawmakers’ efforts to oust Donald Trump, calling him “one of the most incompetent presidents” in US history and saying he is “not fit to serve”. He stressed, however, that it is up to Congress to decide whether to try to impeach Trump following Wednesday’s violence at the Capitol.

Joe Biden has described the pro-Trump protesters who stormed Congress on Wednesday as “thugs” and “anti-Semites” and said they need to be prosecuted by the Justice Department.

“They should be treated as a bunch of thugs, insurrectionists, white supremacists, anti-Semites,” Biden said, speaking to reporters at his headquarters in Wilmington, Delaware on Friday.

“6 M is not enough’, I mean come on,” Biden added, gesturing to his abdomen, and referring to the 6 million Jews who died in the Holocaust. “You know these shirts they’re wearing. These are a bunch of thugs, thugs, and they’re terrorists – domestic terrorists. And that will be a judgement for the Justice Department to make as to what the charges should be. But the fact is, they should be prosecuted,” he said.

Biden went on to accuse Trump of ‘actively encouraging’ Wednesday’s violence, and saying has proven that he is “not fit to serve” as president.

© REUTERS / LEAH MILLIS
Who Took Part in ‘Stop the Steal’ US Capitol Storming? Lawmakers, Right-Wing Figures IDed in Footage
Sputnik has already carried out a detailed investigation into some of the more radicalised elements believed to have been present at the Capitol insurrection, including QAnon and outright neo-Nazis, but could not independently verify the existence of any footage or photos of protesters wearing ‘6 M is not enough’ shirts.

Shirts with the coded slogan 6MWE, or ‘Six Million Wasn’t Enough’, were spotted at earlier anti-BLM protests this summer, and have been mentioned in some Israeli media reports about Wednesday’s violence, but corrections were made to reporting after the presence of such shirts couldn’t be confirmed.

Trump, who has been one of the most pro-Israel US presidents in history despite scant support from American Jewish voters, has disavowed far-right groups repeatedly.

Tens of thousands of Trump supporters were present at the president’s ‘Stop the Steal’ rally ahead of the Capitol violence. Media reporting on those who died in the event showed an eclectic mix of people including a veteran, a computer programmer, a woman with a criminal record and a gun rights activist, but no outright neo-Nazis.

Democratic leaders’ dismissal of much of Trump’s base as a “basket of deplorables” goes back to 2016, when Hillary Clinton described his supporters as “racist, sexist, homophobic” and “xenophobic” and accused Trump of amplifying “hateful views and voices”.

Despite this, Biden was able to secure over 7 million more votes than Trump, and to win enough key battleground states to take the presidency. Trump has challenged the figures, and accused Democrats of rigging the election against him. His repeated refusal to concede defeat helped instigate Wednesday’s storming of the Capitol.