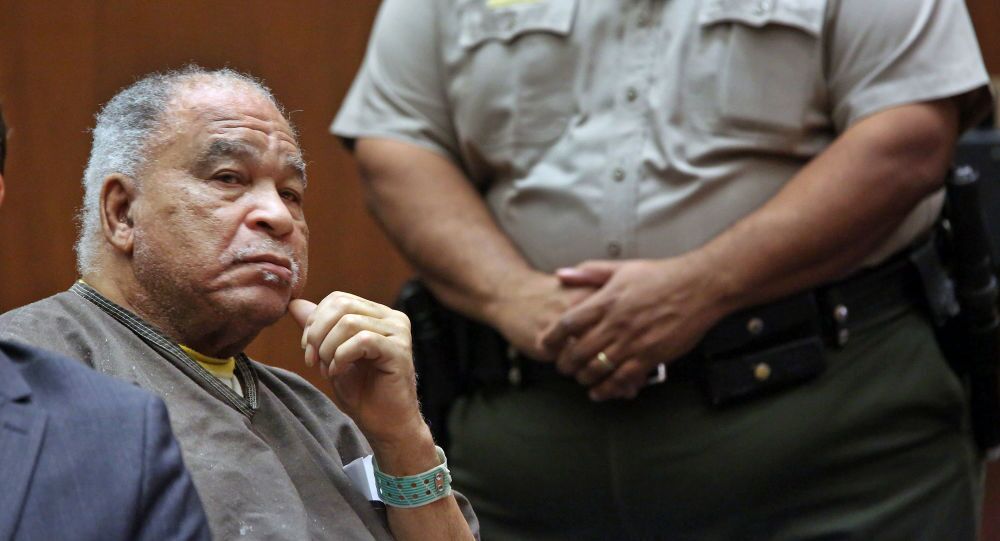 Samuel Little, Man Labelled by FBI as ‘Most Prolific Serial Killer’ in US History, Dies at 80

In 2018, Samuel Little admitted to having killed more than 90 people, mostly women, across several US states including Florida, Arkansas, Kentucky, Nevada, Ohio, California and Louisiana, over four decades. The man said he strangled all but one of his victims, who was drowned. The FBI verified over 50 of the confessions.

Infamous American serial killer Samuel Little passed away from an unspecified health condition at the age of 80 on Wednesday morning in a hospital in Los Angeles, according to the California Department of Corrections and Rehabilitation (CDCR).

The CDCR said in a Wednesday press release that “an official cause of death will be determined by the Los Angeles County Medical Examiner’s Office”.

Little, whom the US Federal Bureau of Investigation (FBI) described as the country’s “most prolific serial killer”, was serving three consecutive life-without-parole sentences at California State Prison for the first-degree murders of three women that occurred in the late 1980s.

In 2018, Little confessed that he had committed 93 killings over a period between 1970 and 2005, in the US states of Florida, Arkansas, Texas, Kentucky, Nevada, Ohio, California and Louisiana.

He said he strangled all but one of his victims, whom he drowned. Little stated that he deliberately targeted people whose disappearances or deaths would not be a surprise – drug addicts, grifters, prostitutes, and at least one transgender woman.

Asked why he confessed to the murders, Little told CBS's '60 Minutes' in September 2020 that he did so because many innocent people had been convicted for his crimes.

"Probably be numerous people who are-- been convicted and sent to penitentiary on my behalf," Little told 60 Minutes. "I say, if I can help get somebody out of jail, you know, God might smile a little bit more on me."

Many of the victims’ bodies have never been found and Little has reportedly been co-operative with the FBI, offering details about victims, including colour portraits of 30 of the women that he killed.

According to the CDCR, Little, who spent his life travelling the country making a living by boxing or crime, served two prior terms in a California state prison before he was convicted for the murders in 2014.

In 1985, he was sentenced to four years in prison for assault with a deadly weapon and false imprisonment. He was released on parole in 1987 and was discharged from parole supervision in 1991.

In 2012, Little was imprisoned for possession of a controlled substance and was released to county probation supervision in April 2014, a few months before he was admitted to the state prison to serve his multiple consecutive life-without-parole sentences.