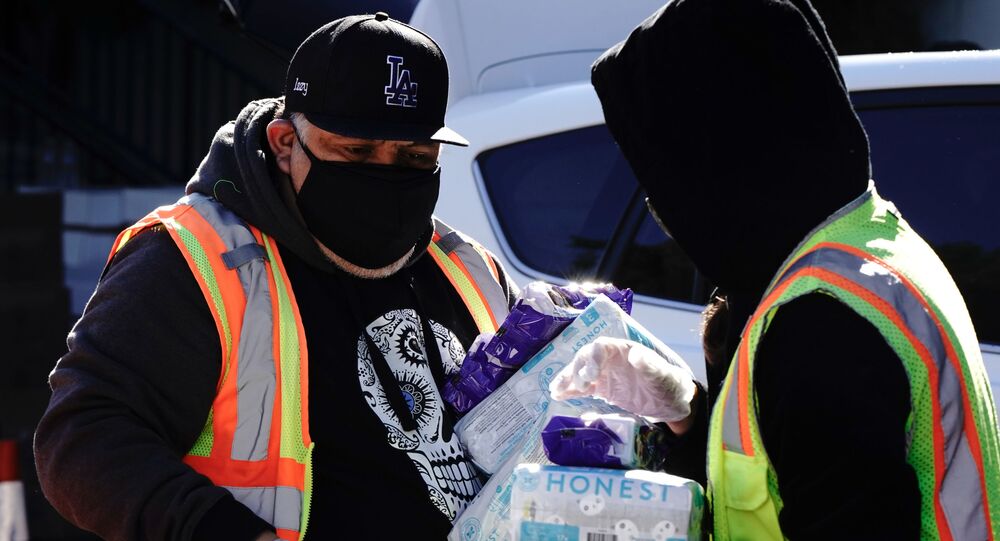 On Sunday, US outgoing President Donald Trump signed a new $2.3 trillion coronavirus stimulus package and government-funding bill after it was approved in the House with a 2/3 majority of vote. Under the new package, US citizens are expected to receive up to $600 in direct payments, although the president has pushed to expand the sum to $2,000.

Americans struggling to make ends meet amid the COVID-19 pandemic are projected to begin receiving direct payments from the recently signed $2.3 trillion combined coronavirus relief/government spending bill “as early as” on Tuesday night, the US Department of Treasury announced.

In a Tuesday press release, the department said that the payments may begin to arrive in some citizen’s accounts by direct deposit on Tuesday night and “will continue into next week”. As for paper checks, the official said they will begin to be mailed on Wednesday.

.@USTreasury has delivered a payment file to the @FederalReserve for Americans’ Economic Impact Payments. These payments may begin to arrive in some accounts by direct deposit as early as tonight and will continue into next week (1/2)

“Treasury and the [Internal Revenue Service] IRS are working with unprecedented speed to issue a second round of Economic Impact Payments to eligible Americans and their families,” Treasury Secretary Steven Mnuchin said. “These payments are an integral part of our commitment to providing vital additional economic relief to the American people during this unprecedented time.”

As president Trump is continuing to pressure Senate lawmakers to increase the value of direct relief cheques to the Americans people up to $2,000 per individual, the Treasury Department pointed out that the payments will be “topped up as quickly as possible” in the event that “additional legislation is enacted”.

On Monday, the Democratic-controlled House of Representatives approved a standalone bill promising to increase the federal direct aid up to $2,000. As the bill is set to head for the Republican-held Senate, Majority Leader Mitch McConnell moved to block a quick vote on the bill. He said that the Senate this week would "begin a process" to consider the legislation among other issues.

North Korea Cracks Down on US Dollar as a Market Control Measure Amid COVID-19 Pandemic, Media Says