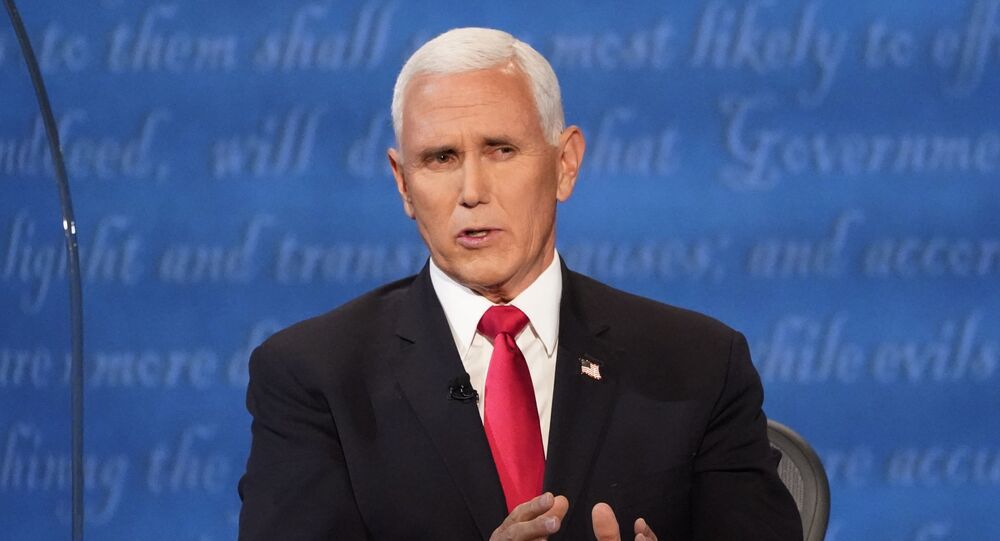 WASHINGTON (Sputnik) - Republican lawmakers have filed a lawsuit against Vice President Mike Pence to ensure he will determine which electoral votes will be counted when Congress meets in a joint session on January 6 to validate the results of the 2020 presidential election, the complaint revealed on Monday.

"Accordingly, Plaintiffs respectfully request this Court to issue a declaratory judgment finding that... Vice-President Pence, in his capacity as President of Senate and Presiding Officer of the January 6, 2021 Joint Session of Congress under the Twelfth Amendment... may exercise the exclusive authority and sole discretion in determining which electoral votes to count for a given State," the complaint said.

The lawmakers in the lawsuit want Pence to disregard the official Electoral College votes cast in Arizona, Georgia, Michigan, Wisconsin and Pennsylvania, and to rely on the alternate Electoral College votes submitted by Republicans. The complaint claims that there is evidence of massive election and voter fraud as well as acts of impropriety committed to benefit President-elect Joe Biden.

Republican electors in Georgia, Arizona, Nevada, Pennsylvania, Wisconsin and Michigan sent their votes to incumbent President Donald Trump in a challenge to Biden’s win in those battleground states.