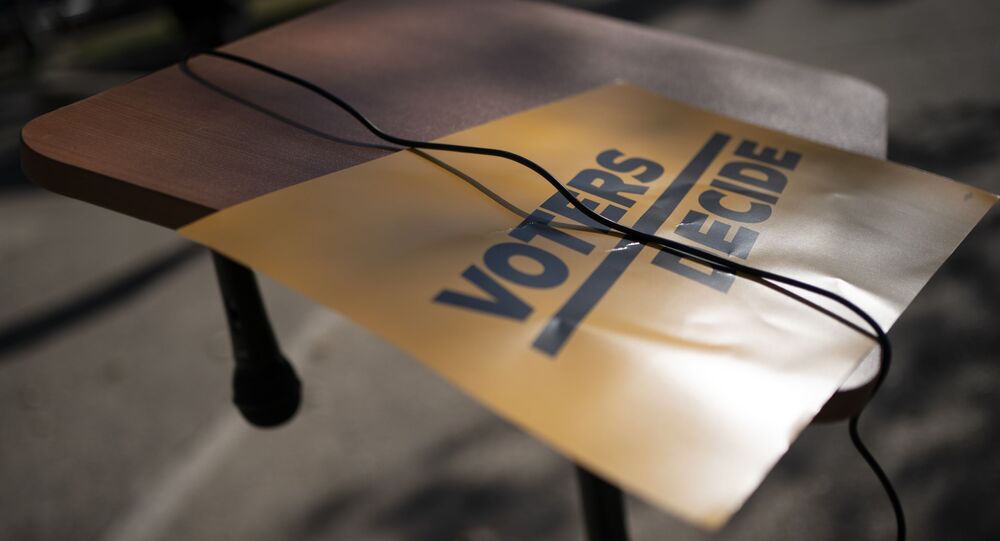 According to the Illinois lawmaker, Republicans would be much better off if they concede defeat to Joe Biden, especially after the Electoral College cast their official votes.

Illinois Rep. Adam Kinzinger has knocked President Trump’s and some House Republicans’ efforts to overturn the election win of Democrat Joe Biden, referring to them as “a grifting scam.”

© AP Photo / Susan Walsh
Trump Rips McConnell, GOP Senators for 'Not Fighting' for Him Amid ‘Biggest Scam in US History’

"The reality is there is no impetus to overthrow an election," he told CNN's "State of the Union" on Sunday morning, stating that even if there were reasons for this, there is no constitutional mechanism to carry it out after states have formally certified the outcome of the 3 November polls.

"It is a scam and it is going to disappoint the people that believe this election was stolen, that think this is an opportunity to change it," Kinzinger told host Dana Bash, expressing his concerns about where the effort to overturn the election results might lead, as people have been raising money “on this scam”.

"If you convince people that, you know, Congress can change a legitimate election and everything was stolen, there is a deep state/theory driving this that Satan runs the government. You can see people driven to violence so I'm concerned about that," Kinzinger explained, bringing up the notorious QAnon conspiracy theory.

The congressman, who is also a lieutenant colonel in the Air National Guard, went on to assume that the Pentagon would not implement martial law to redo the election, as suggested by former national security adviser Michael Flynn.

“The concern I have right now, and why I’ve been so outspoken, is I grew up as a Republican because I believe in smaller government and strong national defense and that is being destroyed by conspiracies right now. And anger,” adding that he cannot help but worry about the future of “my party”.

A group of House Republicans met last week with Trump and Vice President Mike Pence to work out strategies to contest the Electoral College results, which are due to be confirmed in a congressional joint session on 6 January.

Among those present at the meeting were Rep. Mo Brooks (R-Ala.), Rep. Jody Hice (R-Ga.), Rep. Jim Jordan (R-Ohio) and Rep.-elect Marjorie Taylor Greene (R-Ga.). "The courts refuse to hear the President's legal case. We're going to make sure the People can!” Hice tweeted after the meeting.

Trump and his team have been legally challenging the results of the election in key battleground states ever since the voting was finalised. POTUS has repeatedly fumed about ballot papers, largely favouring his Democratic rival, continuing to come in when the formal vote was over, stressing there were “dead voters” counted left and right as well.

Despite most of the court cases being rejected due to “lack of evidence”, and the Supreme Court also blocking the Republicans’ efforts to overturn the results, Trump has so far declined to acknowledge Biden’s win. He has asserted though that the only thing he is after is a fair count of all legal ballots.