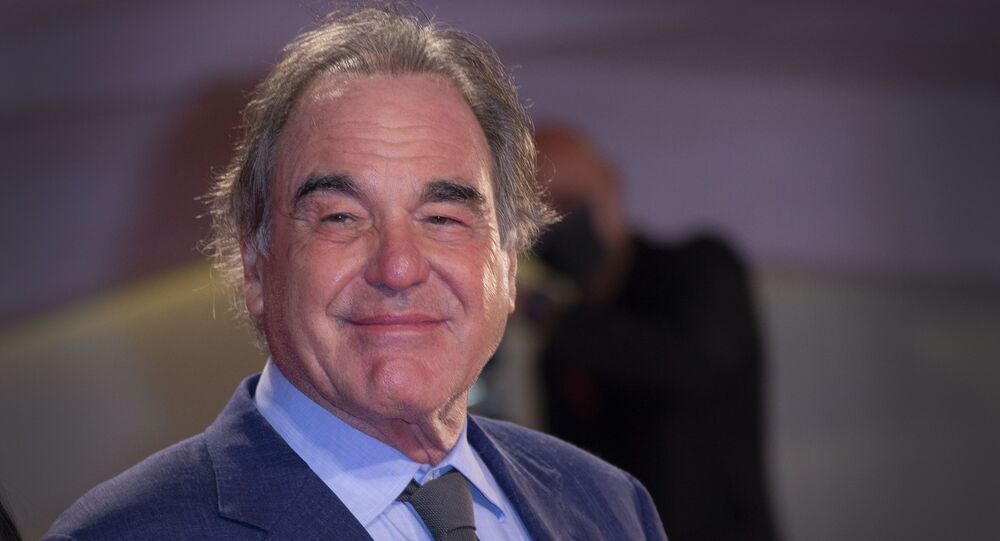 Sputnik V, developed by the Gamaleya Institute and the Russian Direct Investment Fund (RDIF) is the first anti-coronavirus vaccine registered in the world. According to the latest survey, the vaccine demonstrates 100 percent efficacy in grave cases of COVID-19 and 91.4% general efficacy after the third stage of clinical trials.

American film director Oliver Stone on Monday voiced his support for the Russian-made coronavirus vaccine, Sputnik V, revealing that he has been vaccinated with the first shot of the two-part vaccine.

He added that he does not understand why Sputnik V is being ignored by the Western countries.

"I got vaccinated a few days ago. I don't know how effective Russian vaccine is yet, but I heard a lot of positive things about it", Stone told Russia's state TV. "I have to get a second shot... [] I think your vaccine is useful. I don't understand why they ignore it in the West, the media is just silent about all the information".

Stone is currently shooting a new film in Russia's Sverdlovsk oblast. Winner of the Oscar, BAFTA and Golden Globe awards, the director is famous for many works including "Platoon" and "Midnight Express", as well as multiple documentaries.

The American film director in particular has created a series dedicated to three American presidents - John F. Kennedy, Richard Nixon and George W. Bush, released a film and a book named "The Untold History of the United States" and interviewed Russian President Vladimir Putin - a move that prompted criticism towards Stone regarding what some suggest could be interpreted as "advocacy projects towards Putin".

Sputnik V is the first coronavirus vaccine registered in the world, with the third stage of clinical trials confirming its efficacy against COVID-19 at a level of 91.4 percent. The vaccine, developed by the Gamaleya Institute and the RDIF was registered on 11 August. At least 50 countries have since ordered 1.2 billion doses of Sputnik V.