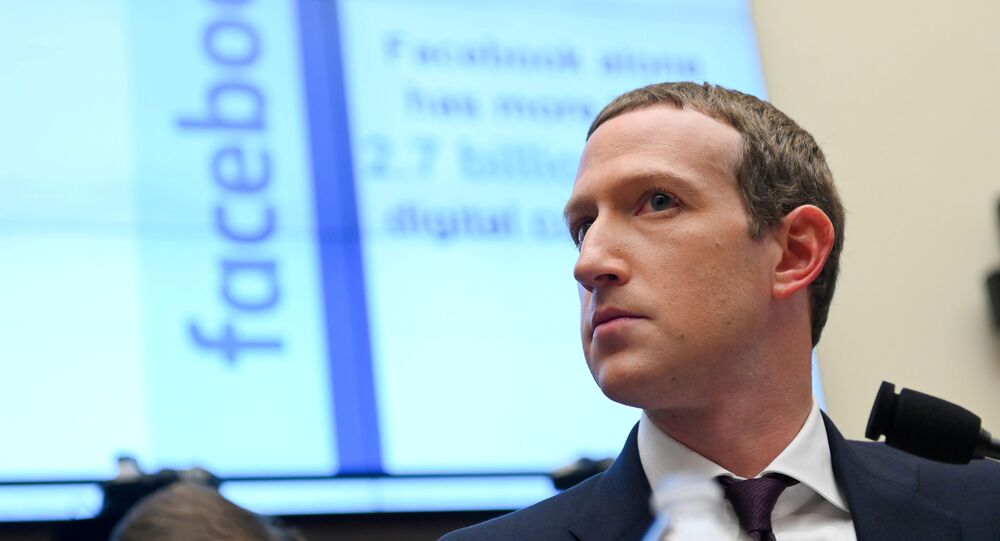 Un-Friended: Why Do 48 US States and Trade Watchdog Want Facebook Empire Broken Up?

The Federal Trade Commission and a bipartisan coalition of 48 state attorneys-general are taking Facebook to task over its alleged anti-competitive buyouts of rivals and for selling user data to firms like the UK's Cambridge Analytica.

The US Federal trade watchdog and the attorneys-general of 48 states have launched separate anti-monopoly cases against Facebook, demanding the social media leviathan sell off WhatsApp and Instagram.

Meanwhile the Federal Trade Commission (FTC), the US antitrust regulator, launched its own lawsuit against the $130 billion-valued Facebook Inc.

"Facebook has used its monopoly power to crush smaller rivals and snuff out competition, all at the expense of everyday users," James tweeted. "Instead of improving its own product, Facebook took advantage of consumers and made billions of dollars converting their personal data into a cash cow."

“Any efforts to stifle competition, hurt small business, reduce innovation and creativity, cut privacy protections, will be met with the full force of our offices,” she told reporters at a press conference.

While a probe by the UK's Information Commissioner's Office in October this year found Cambridge Analytica had not acted illegally, the FTC issued Facebook a $5 billion fine in 2019 over its data mining for profit - although that was seen as a slap on the wrist amounting to 9 per cent of the corporation's 2018 revenue. The controversy raised questions about how Facebook used - or misused - information about privacy-conscious users.

Social Media Monopoly to Get the Boot?

The suits also seek to end Facebook's virtual monopoly on social media after its buy-outs of dedicated image-sharing site Instagram in 2012 and mobile-phone messaging app WhatsApp - a direct rival to Facebook's Messenger app - in 2014. The FTC belatedly launched an anti-trust probe into Facebook Inc. in 2019.

“Facebook’s actions to entrench and maintain its monopoly deny consumers the benefits of competition,” said FTC Bureau of Competition director Ian Conner in a statement on Wednesday. “Our aim is to roll back Facebook’s anticompetitive conduct and restore competition so that innovation and free competition can thrive.”

Internal company emails obtained by the House Judiciary subcommittee on antitrust revealed Zuckerberg's fear, at the time the 2012 buyout, that Instagram was beating Facebook on penetration into the mobile platform market.

“Instagram can hurt us meaningfully without becoming a huge business though. For the others, if they become big we’ll just regret not doing them,” he wrote to one employee. Instagram co-founder Kevin Systrom and shareholder Matt Cohler believed Zukerberg would "go into destroy mode" against their site if they refused to sell.

The US Congress has repeatedly refused President Donald Trump's demand to tack an amendment to this year's military spending bill to lift the 'Section 230' privileges enjoyed by social media 'platforms' like Facebook and Twitter. The section from the 1996 Communications Decency Act protects internet service providers from liability for any content published through their services, including defamatory, offensive or harmful material.

But Trump and others have argued that social media giants and search engines like Google have engaged in editing or censorship of users' posts and websites, either by 'shadow-banning' or outright deletion and bans.