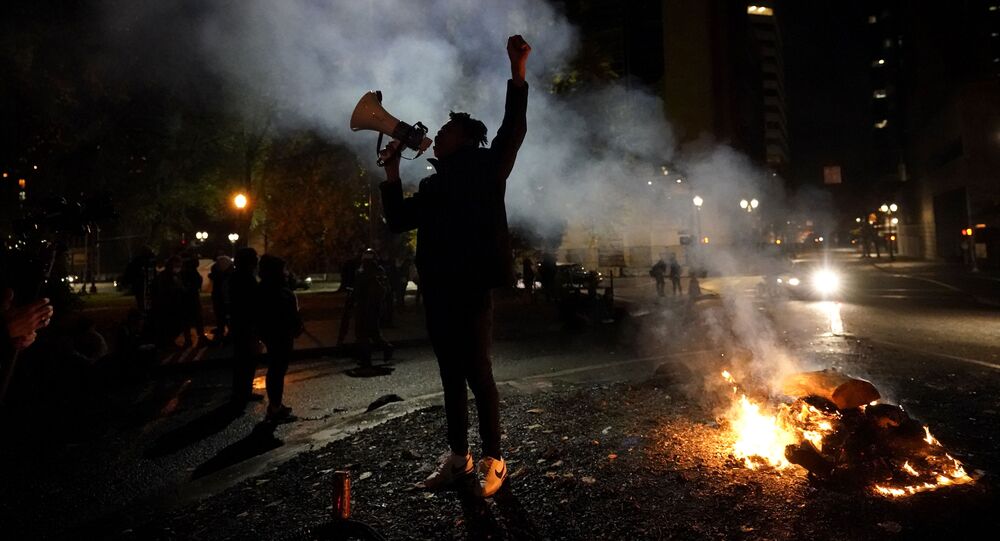 Several People Arrested as Protesters Clash With Police in Portland

MOSCOW (Sputnik) - The Portland police have reported clashes between demonstrators who gathered near properties on North Mississippi Avenue and law enforcement officers monitoring the perimeter, which has resulted in some arrests.

Police were on duty as private contractors were fencing one of the buildings on the avenue, where people have been illegally trespassing on properties, including in a house and on privately owned lots, over the past three months.

"Today, as Portland Police remained on the perimeter of properties in the 4400 Block of North Mississippi Avenue waiting for private contractors to fence the property, people began to gather nearby. People attempted to get inside the perimeter at various locations, despite the presence of uniformed police personnel, police vehicles and police tape", an official press release read.

Antifa and left-wing extremists in Portland have built a new autonomous zone in the middle of north Portland on a busy street. They are protecting the illegal squatters at a house. pic.twitter.com/qF8yOsJfKU

"Officers also reminded people not to enter the perimeter. Officers made some arrests and reported using pepper spray in at least one instance".

After the police asked demonstrators to disperse, the latter removed part of the fence and entered the private property, the police added.

In total, 13 people were detained as a result of clashes, the police said.

The incident reportedly took place during a demonstration near a house where a family was evicted in September.