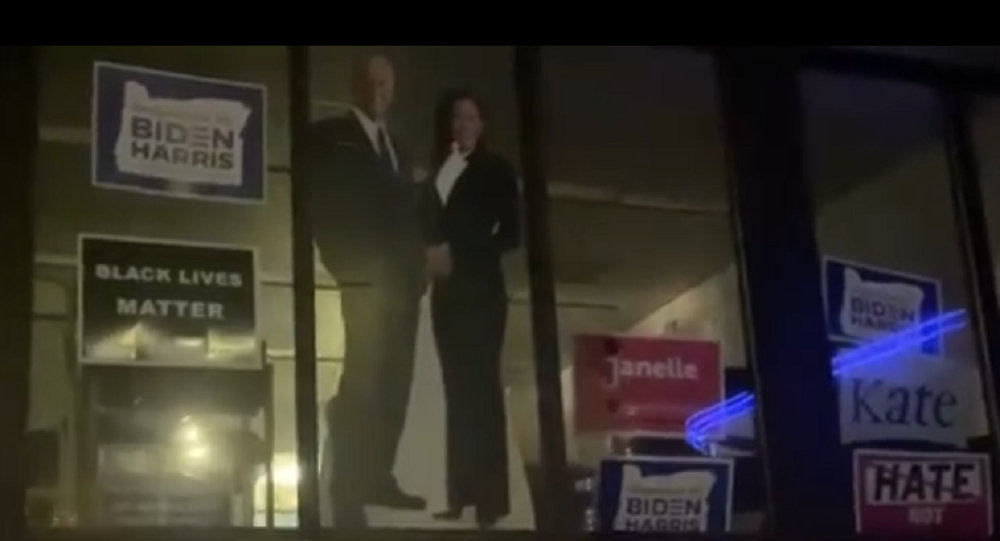 The outcome of the 2020 presidential election has evoked a series of protests across the United States. While some states and cities have seen spontaneous celebrations over Joe Biden’s projected victory, in the city of Portland protesters have clashed with police, making it one of the hottest spots on the post-election map.

According to the Portland Police Bureau, a group of people vandalised a Multnomah County Democrats building, spray-painting its walls with the words "F**k Biden", "No presidents", and Black Lives Matter’s abbreviation "BLM". Police also reported that the protesters had broken several of the building’s windows.

​Although the group of protesters quickly left, the police department traced individuals who had engaged in vandalism and made targeted arrests. While the suspects were not classified with any political or group affiliation, some people suggested that the left-wing "Antifa" movement’s members could be behind the attack on the building.

​Commenting on the vandalism and spray-painting "BLM" on the building’s walls, the vice-chair of the Multnomah County Democrats and a Black Lives Matter leader, Raichel Dixon, said that the act of vandalism "was likely to be a 'false flag' attack orchestrated by members of the alt-right".

On 8 November, federal forces clashed with protesters and deployed teargas.

​On 5 November, Oregon authorities deployed units of the National Guard in order to control the post-election riots, with hundreds protesting Donald Trump’s court challenges to stop the vote count in battleground states.