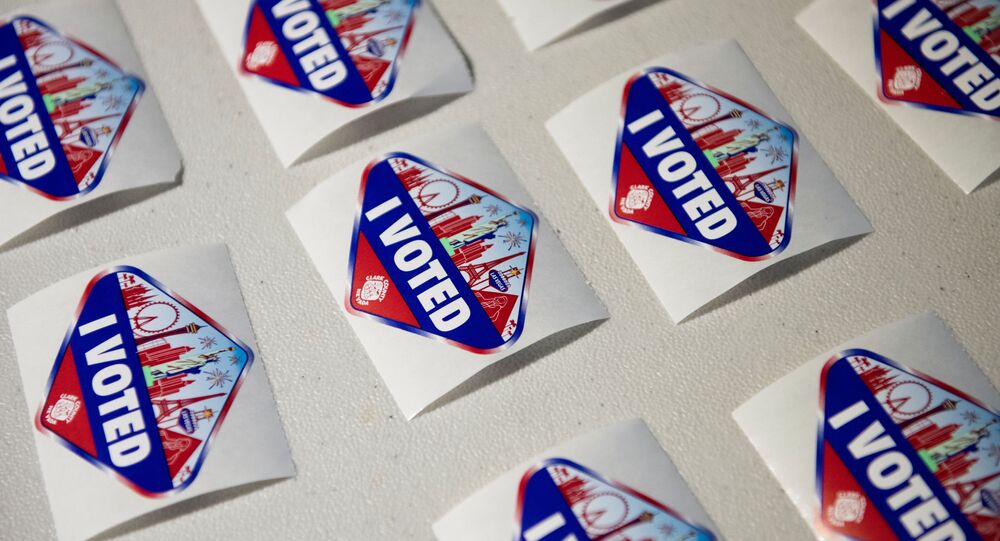 According to McEnany, the interviews with witnesses from Nevada may take place on Wednesday and Thursday.

The White House press secretary has also accused the Democrats of obstructing Trump's team in interviewing witnesses and asking questions about the US elections.

Trump himself said on Twitter that a "judge in Nevada has ordered Clark County officials to allow an inspection of the elections equipment and sealed containers," used in the election.

A judge in Nevada has ordered Clark County officials to allow an inspection of the elections equipment and sealed containers used in the 2020 election by 1:00 P.M. tomorrow. @RichardGrenell @AdamLaxalt @mschlapp

​Trump has previously promised to release "shocking" data on voting in Nevada. The president's representatives in Nevada filed a complaint with the state attorney's office, saying that 3,026 people who had previously left the state had voted illegally by mail.

© REUTERS / CHRISTOPHER ALUKA BERRY
Votes Recount in Georgia's Fulton County Delayed Over Crashed Dominion Server, Reports Suggest
US media outlets have projected Democratic nominee Joe Biden to be the winner of the 3 November presidential election and election officials in several battleground states have certified his victory. Biden declared victory in a national address but so has Trump, who said his victory was stolen via massive fraud.