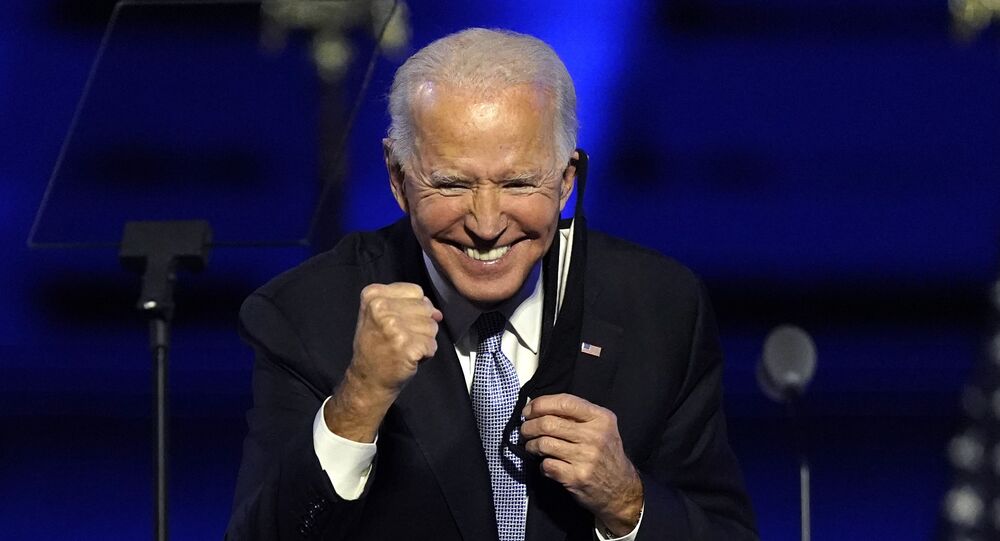 The news is another blow to President Trump, who had tried to block the certification of the results in the Pennsylvania. The president claimed that the Democrat won the election because the vote was rigged and has filed lawsuits in several states calling for recounts of the ballots.

The states of Pennsylvania and Nevada have certified the results of the 2020 presidential election and declared Democrat Joe Biden the winner. In a statement on Twitter, Pennsylvania’s governor thanked the state’s officials for administering a "fair and free" election and said that he had signed the “Certificate of Ascertainment for the slate of electors for Joe Biden" and his running mate Kamala Harris.

Today @PAStateDept certified the results of the November 3 election in Pennsylvania for president and vice president of the United States.

As required by federal law, I’ve signed the Certificate of Ascertainment for the slate of electors for Joe Biden and Kamala Harris.

Again, I want to thank the election officials who have administered a fair and free election during an incredibly challenging time in our commonwealth and country's history.

Our election workers have been under constant attack and they have performed admirably and honorably.

​"The 2020 vote canvass for the Nevada general election is completed", said Chief Justice Kristina Pickering, announcing the news about the certification of the results in Nevada.

Due to the severe coronavirus situation in the United States, more than 90 million Americans voted early in this election, either by mail or in person. Prior to the election, Trump claimed that voting by mail could result in election fraud with foreign countries printing ballots. After the US mainstream media declared the incumbent president’s rival Joe Biden the projected winner of the election, the Trump campaign said there were widespread voter irregularities that allowed the Democrat to win. In particular, Trump and his campaign alleged that Dominion voting machines had manipulated the results in favour of Biden and that thousands of fake ballots were cast for the Democrat.

The president and his legal team have filed lawsuits in a number of states demanding recounts of the ballots. In Pennsylvania, his campaign demanded to block the certification of ballots, saying almost 700,000 ballots were cast illegally in the state. However, a federal judge in Pennsylvania dismissed the campaign’s lawsuit last weekend. US District Judge Matthew Brann said Trump’s legal team had failed to present "compelling legal arguments and factual proof of rampant corruption".

The Trump campaign also accused Pennsylvania election officials of violating state laws by not allowing Republican observers in areas where mail-in ballots were being counted.

Earlier today, Trump posted on Twitter that his legal team was preparing to file a big lawsuit that will “spell out in detail” the alleged election fraud.

Although the president said that he had ordered the General Services Administration to begin the process of transition of power to Joe Biden, he said he would never concede to "fake ballots” and Dominion".