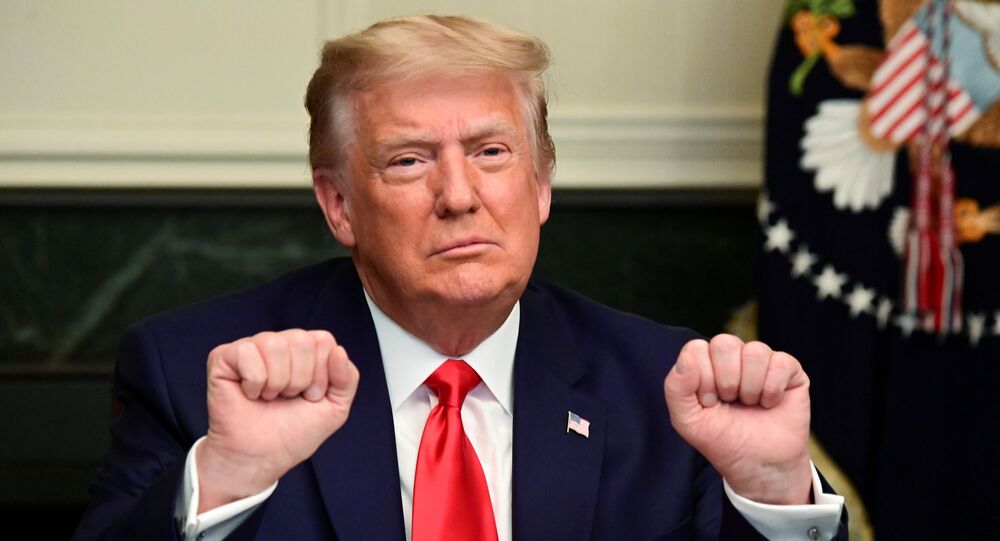 The interview will take place as the incumbent POTUS refuses to concede the 2020 election, pledging to "keep up the good fight" while his Democrat opponent Joe Biden, who has been projected by the media as President-elect, has appointed members to his cabinet and outlined plans for a potential Oval Office takeover in January.

Donald Trump is expected to talk to Maria Bartiromo of FOX Business at 10 am ET on Sunday as part of Fox News' Sunday Morning Futures in what will be his first interview since Election Day.

It comes as the Trump campaign continues its legal battle over what it claims was voter fraud in key battleground states. Though Georgia, Michigan, Nevada, and Pennsylvania have certified their election results in favour of Biden, certification from other states has yet to be announced.

Earlier this week, Trump tweeted that Biden "can only enter the White House as President if he can prove that his ridiculous '80,000,000 votes' were not fraudulently or illegally obtained." However, the incumbent also told the media that he will "certainly depart" the White House if the Electoral College certifies Biden as the winner in the 2020 presidential election. "It's going to be a very hard thing to concede," he added.

The Electoral College is scheduled to meet on 14 December to vote for the next president of the United States.