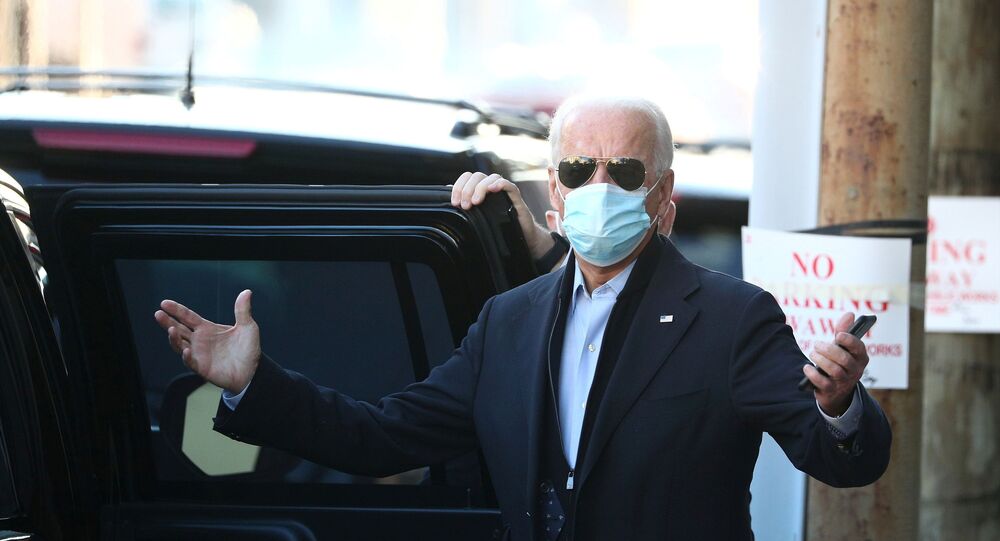 Georgia was one of the states where Donald Trump demanded a recount of votes, refusing to accept projections made by the mainstream US media that Joe Biden had won the election. Trump's team has repeatedly alleged "election fraud" and urged a stop to the count of what was claimed to be "illegal votes".

The Associated Press made its final call for the presidential election on Thursday, giving victory in Georgia to Biden, with the Democrat now having 306 electoral votes to Trump's 232. As of now, the AP has called the results for all states, accounting for all 538 electoral votes.

The AP did not declare a winner in Georgia earlier, as "it is AP’s practice not to call a race that is — or is likely to become — subject to a recount".

The final AP call followed the announcement by Georgia State Secretary Brad Raffensperger, who said that the results of the hand vote recount had reaffirmed the Democrat's victory in the state.

Raffensperger delivered the results of the hand audit on Thursday in an interview to WSB-TV, noting there was almost no difference between the audit and the original machine count.

“There’s no doubt. The numbers support that. So does the audit,” Raffensperger said when asked whether he had any doubt that Joe Biden was the winner of the race in Georgia. "The audit has aligned very close to what we had in election night reporting. It's so close, it's not a thimble full of difference".

Projected US President-elect Joe Biden won Georgia by 0.3%, or nearly 14,000 votes, in the initial tally of the November 3 election. This margin triggered the recount, per Georgia law.

Trump, who has repeatedly refused to accept the projected results, has alleged massive election fraud, insisting that Republican observers were not allowed to ballot counting locations.

The Trump has campaigned filed several unsuccessful lawsuits in many states, challenging the projected results.

In Georgia, according to Trump's lawyer Rudy Giuliani, a "major lawsuit" will be filed as well.

“In the city of Atlanta, Republicans were not allowed to watch the absentee mail-in ballot process. Inspections completely cast aside. And we have numerous double voters. We have numerous out of state voters. And we have specific evidence of intimidation and changes of votes. That will all be in the lawsuit that comes out tomorrow,” Guiliani told reporters on Thursday without presenting evidence.

During a press conference on Thursday, Giuliani baselessly accused the Democratic party of carrying out centralised, coordinated voter fraud in multiple states.

According to Trump's lawyer, the Trump voter fraud allegations is focused on big cities controlled by Democrats.

"As we started investigating... what emerged very quickly is there's not a singular voter fraud in one state. This pattern repeats itself in a number of states. Almost exactly the same pattern", Giuliani asserted without presenting evidence. "Which to almost any experienced investigator, prosecutor would suggest that there was a plan from a centralised place to execute these various acts of voter fraud... [] specifically focused on (as you would imagine) big cities controlled by Democrats."

Apart from previous lawsuits filed by the Trump team, Giuliani hinted that the White House may sue Arizona, New Mexico and Virginia.

The states of Pennsylvania, Wisconsin and Nevada have received accusations of election fraud from Trump and his group.

In Michigan, a lawsuit from the Trump campaign was filed on 11 November using allegations of fraud in the vote count. Trump's legal team withdrew their lawsuit on Thursday morning.