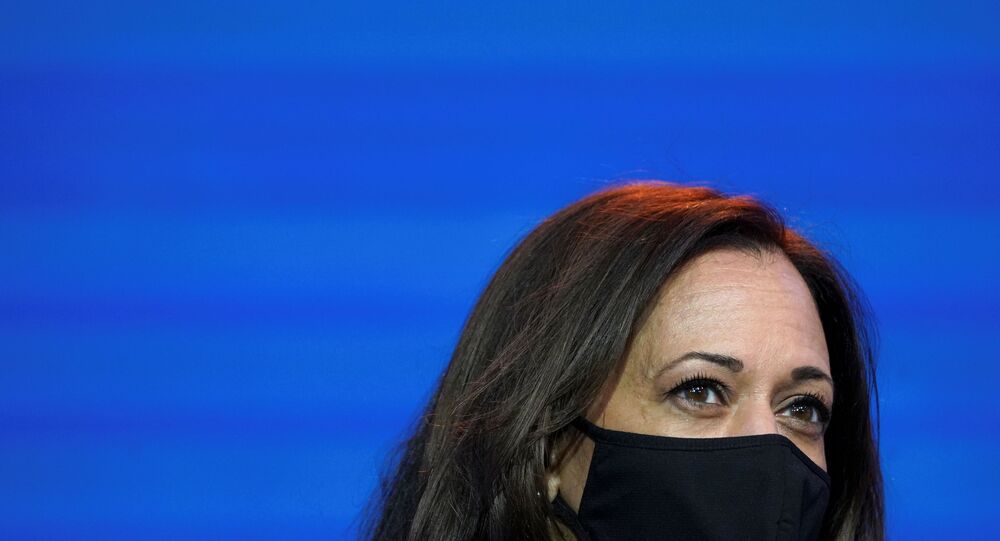 In US mass culture a watermelon is portrayed by some as a symbol of Black freedom. Following the abolition of slavery in 1861, it was used by racist Americans as a depiction of black farmers as lazy, childish and unclean. This portrait later grew to become a stereotype directed at the Black community in the US.

A part-time Oakland County sheriff’s office deputy in Michigan, Sherry Prose, was fired after posting on her Facebook page a photo of Halloween jack-o’-lanterns with a carved watermelon portraying Kamala Harris, The New York Post reported.

Harris, who is currently a US Senator from California and is projected to be the vice-president-elect, is of Indian and African  ancestry. She was chosen by Democratic presidential candidate Joe Biden to be his vice president and is expected to take the post in January 2021, following projections by US media outlets that Biden has won the election.

According to the report, the county employee was dumped as soon as department officials learned of her post, in which she showed two photos, with tree-carved pumpkins on the first, and a carved watermelon on the second. The post read “Trump, Biden, Pence and Kamala. Happy Halloween.”

“We are outraged by this former employee’s actions and condemn the behavior she chose to engage in,” county’s undersheriff Michael McGabe said in a statement. “These types of incidents are disgusting and will never be tolerated or pushed aside at the sheriff’s office. Behavior such as this brings tarnish to the badge and is not representative [of] all those in law enforcement who protect and serve.”

Sheriff @MikeJBouchard says a part-time @oaklandsheriff deputy has been terminated after this racist social media post.

It shows a carving of VP-elect @KamalaHarris from a watermelon and others from a pumpkin.

A statement from the sheriff is in the photos. @wxyzdetroit pic.twitter.com/pCFN2peQc7

The post, viewed by some as racist, was quickly removed after officials learned of it. Prose, who had worked for the office since 1994, was fired on October 27, four days after posting it.

“I worked hard in my law enforcement career and I am proud of the reputation I earned in my 30 plus years of service,” local radio station WXYZ quoted the former deputy who commented on her scandal. “I am not racist and never will be.”

The station quoted Reverend Dr. Wendell Anthony, president of the Detroit branch of the NAACP, who believed that the intention of her post was to diminish the significance of the first African American VP in the US. “To some people, ignorance is bliss,” he noted.

“With over 1,400 employees, we expect all of them to have integrity and good moral values. However, when they do not, it is addressed immediately with discipline and/or termination,” according to a statement from the county sheriff’s office.