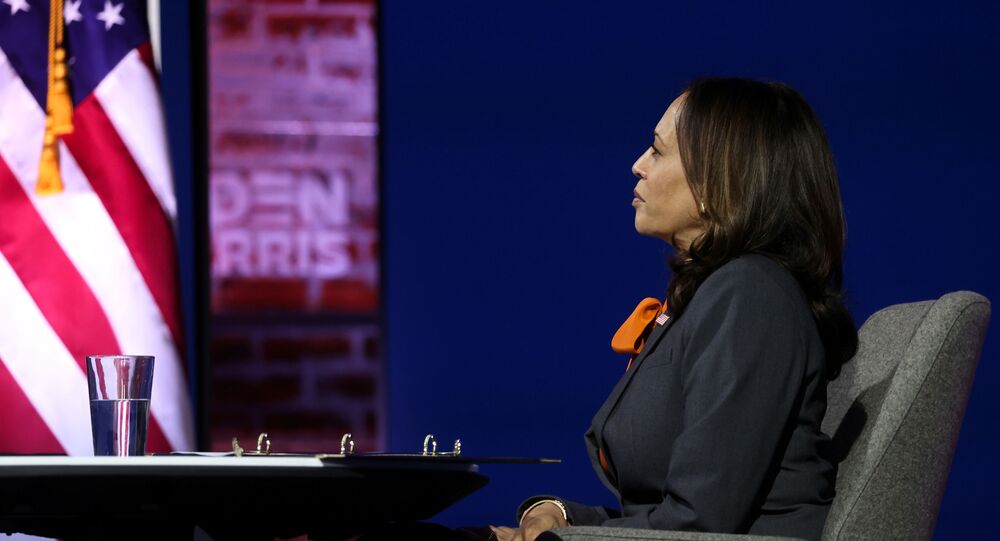 Kamala Harris is already being widely referred to as the first female, black, Asian-American to be a US vice president-elect, even though official results from the 3 November presidential elections are yet to be announced.

Lord Kilclooney, a member of the UK's House of Lords has moved to clarify his referring to projected US Vice President-elect Kamala Harris as just "the Indian" in a tweet.

The 88-year-old former deputy leader of the Ulster Unionist party noted that "this tweet is cancelled" and that he "did not know" Harris' name, which is why he identified her with the term Indian. He also reproached Speaker of the Lords Norman Fowler for refusing to discuss the matter with him before the media started to criticise his tweet.

I understand from the media that Speaker Fowler has criticised my tweet about the USA Presidency without having the courtesy of speaking to me beforehand. He is misinformed but I am not surprised!

Whilst Biden is proud to be Irish and Harris is rightly proud of her Indian background I certainly withdraw my reference to her as an Indian as it seems to have upset some people. I did not know her name and identified her with the term Indian. Most people understood.Racist NO.

"Most people understood. Racist NO", Kilclooney tweeted on Monday, shortly after he mentioned Harris when questioning what happens if projected President-elect Joe Biden "moves on" and she becomes president.

Separately, Kilclooney told the Press Association that he's "very fond of India", and that he is a member of the British India all-party group.

"I have two Indians [tenants] in my flats here in London and there's nothing racist in it whatsoever", the House of Lords member added.

The remarks followed Speaker of the Lords Fowler urging Kilclooney to retract his post and apologise, noting that "this is an offensive way to refer to anyone, let alone a woman who has just made history".

Lord Kilclooney should retract and apologise. This is an offensive way to refer to anyone, let alone a woman who has just made history. The comment is entirely unacceptable and has no place in British politics. I could not be clearer.

The view was supported by Labour's Lords leader, Angela Smith, who expressed anger about Kilclooney's comment, pledging to lodge an official complaint.

© REUTERS / KEVIN LAMARQUE
Like Kamala Harris, Joe Biden Too Has an Indian Link, Reports Claim
"[…] It is despicable and beneath contempt and totally unacceptable from anyone – but especially from someone in parliament", Smith pointed out, in an apparent reference to the 88-year-old.

Even though official results of the 3 November US elections have yet to be announced, Joe Biden has already declared himself the winner in the presidential race, alongside his running mate Kamala Harris, who is also projected to be the first female, black, Asian-American to be a US vice president.