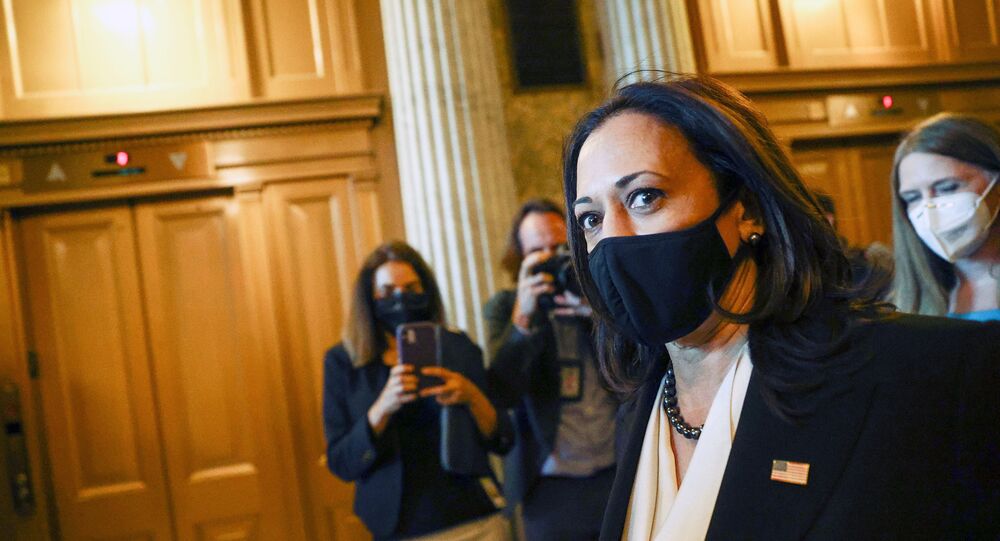 California Senator Kamala Harris, who was a US presidential candidate until December 2019, was chosen by Joe Biden to be his vice president and is expected to leave her Senate seat in January 2021, following projections that the Biden-Harris ticket has won the election.

The US Black Lives Matter movement, which rose to prominence during 2020 protests, launched a petition on Monday demanding that Californian Governor Gavin Newsom appoint a black woman to fill the US Senate seat being vacated by Harris if she officially becomes the US vice president.

“Appointing a Black woman to this seat is nonnegotiable — this must be done,” according to a statement by the Black Lives Matter Global Network (BLMGN) on its website.

BLMGN supported their demand by noting that the Democratic Party is “reliant on Black voters”, and that the outcome of the elections could be different if not for BLM actions in favor of the Dem candidate.

“If there is not a single Black woman in the Senate, then the Senate is simply not a proper representation of the people,” the movement states, pointing out that there will be no Black female US Senators once Harris is inaugurated as VP.

In the petition, the BLMGN directs the Democratic California governor to appoint either Representative Karen Bass or Representative Barbara Lee, both African American and said that “active black liberation supporters” must fill the seat for the remainder of Harris’ term. It was reported that the California Legislative Black Caucus earlier contacted Newsom about the two candidates, but the governor has not met with either or commented on his plans for the seat.

There has been a lot of speculation over the Californian governor's pick for the vacant Senate seat.

“No timeline has been established. The process is just beginning to unfold,” Fox News quoted the California governor at a press conference on Monday. “We are working through the cattle call of considerations related to what’s the profile, the right choice to replace Sen. Harris.”

Reportedly, two leading contenders to replace Harris are state Attorney General Xavier Becerra and Secretary of State Alex Padilla, both Democrats. Justice Democrats, a left PAC aligned with Rep. Alexandria Ocasio-Cortez, D-N.Y., is pushing for Representative Ro Khanna, D-Calif., to get the seat, if it is vacated by Harris in January 2021.

The Black Lives Matter movement, founded in 2013, received additional publicity and international attention following the killing of 46-years old black man, George Floyd, by a white Minneapolis police officer, Derek Chauvin, in May 2020. Nationwide protests against racism and police brutality erupted in the US and worldwide. Some of those protests led to confrontations with police, vandalism and looting by people alleged to be BLM activists. The movement's supporters call for "defunding" police departments and redirecting cash flow to social services.

After the 3 November US presidential election, several cities have seen protesters on the streets challenging election results or voicing support for Joe Biden, who is projected by US media to win the White House. Some protests devolved into clashes with supporters of the sitting president. In Washington, police used pepper spray and what was described as "adequate force" to scatter some allegedly violent protesters that were claimed to have been harassing pro-Trump activists during a peaceful demonstration November 15.

Addressing those clashes, Trump urged police not to "hold back" in meeting violence with adequate force to escalate and demanded those suspected by police of being guilty of violence and vandalism be arrested.

According to a spokesperson for Democratic candidate Joe Biden, Andrew Bates, the "President-elect Biden continues to denounce all acts of violence," not connecting the statement to that of antifa or BLM.