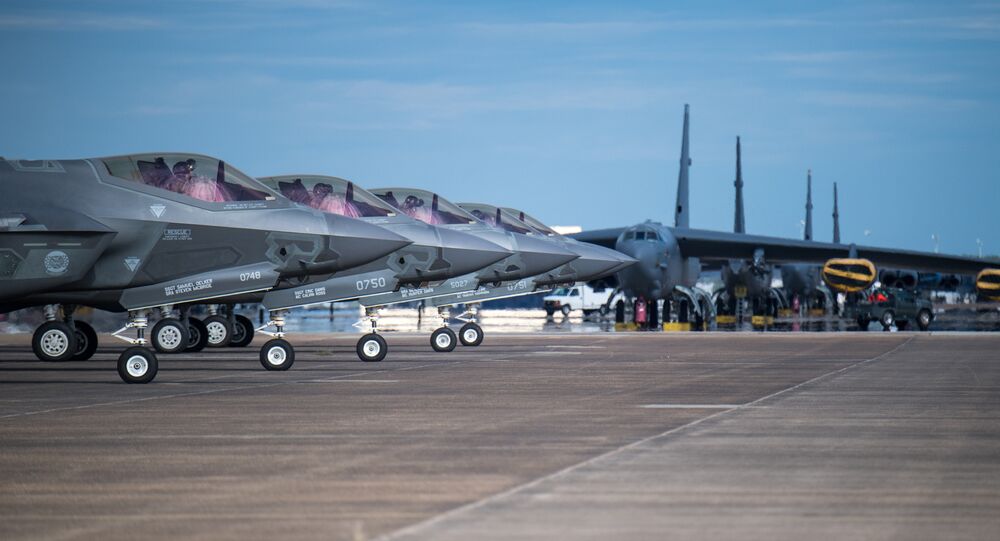 If approved, the weapons could potentially be used in the war in Yemen or spark an arms race in the region. However, US President Donald Trump, who touted the sale of F-35s alongside his negotiated peace deal between the United Arab Emirates and Israel, is almost certain to reject the resolutions.

A group of Republican and Democratic senators have teamed up in an attempt to stop a proposed $23 billion weapons sale to the UAE over fears it could spark an arms race in the region and hurt the national security of Israel, Washington’s chief ally there.

According to Politico, Rep. Ilhan Omar (R-MN) plans to soon introduce similar legislation in the House of Representatives.

“As I tried to warn the Trump administration, circumventing deliberative processes for considering a massive infusion of weapons to a country in a volatile region with multiple ongoing conflicts is downright irresponsible,” Menendez, who is the top Democrat in the Senate Foreign Relations Committee, said in a statement.

He highlighted how US national security officials have not explained how they “would deal with specific national security risks inherent in the proposed sale,” which would include 50 stealthy F-35 Joint Strike Fighters, 18 MQ-9B Reaper drones and a variety of munitions.

“There are a number of outstanding concerns as to how these sales would impact the national security interests of both the United States and of Israel. As a result, Congress is once again stepping in to serve as a check to avoid putting profit over US national security and that of our allies, and to hopefully prevent a new arms race in the Middle East,” Menendez added.

At present, Israel is the only Middle Eastern country to operate the F-35, flying a specially modified version dubbed the “Adir.” However, on November 10, US Secretary of State Mike Pompeo said the department had certified the deal with the UAE was appropriate. His announcement was preceded by a visit to the Pentagon by Israeli Defense Minister Benny Gantz in late October, after which Gantz said he was satisfied such a deal would not sacrifice Israel’s “qualitative military edge.”

After the State Department’s certification, it passes to Congress to approve the deal.

Murphy also said he objected to the deal being finalized in what he believed to be the “lame duck” period of Trump’s presidency. While most media outlets have declared Joe Biden to be the presumed president-elect, Trump has not conceded the race and has filed lawsuits contesting the ballot count in several US states.

The deal comes on the heels of an agreement negotiated by Washington that saw the UAE agree to normalize relations with Israel, joining just a handful of Arab nations to have done so.

“I support the normalization of relations between Israel and the United Arab Emirates (UAE), but nothing in that agreement requires us to flood the region with more weapons and facilitate a dangerous arms race,” Murphy added.

Abu Dhabi is presently engaged in a conflict in Yemen as part of the Saudi-led alliance against the Shiite Houthi movement, and Western-made weapons sold to the UAE have been reportedly spotted in the hands of militia groups fighting in the war, including al-Qaeda in the Arabian Peninsula, the terrorist group’s local franchise. US lawmakers have previously attempted to halt US support for Riyadh in the war, but a resolution that would have barred it was vetoed by Trump in July 2019.

According to the United Nations Office for the Coordination of Humanitarian Affairs, 100,000 Yemenis have been killed by combat operations since 2015, and another 130,000 have died from hunger and disease, as well as another 4.4 million displaced.

The statutory 30-day window for the lawmakers to block the sale ends on December 10. However, it’s unlikely they will be able to garner enough votes not only to pass the bills, but then defeat Trump’s near-certain vetoing of them.