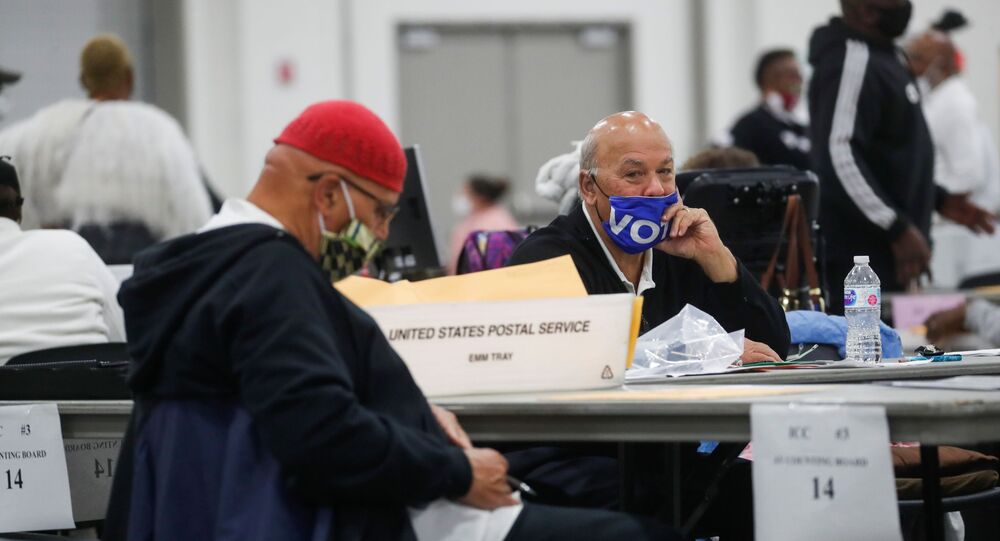 Two Republican members of the Wayne County, Michigan, canvassing board refused to certify election results for the the city of Detroit on Tuesday, citing problems with the electoral rolls. They reportedly reversed that decision following accusations of partisanship and racism from Democrats.

US President Donald Trump has claimed county election officials in Detroit were intimidated into approving results they believe are false.

The two Republicans on the four-member board of Wayne County canvassers voted on Tuesday against certifying the results, which tipped the key swing state of Michigan from Trump to Democratic candidate Joe Biden in the days after the November 3 election. The two Democratic Party canvassers voted in favour, leaving the question deadlocked.

Media reported early on Wednesday that the Republican officials had relented and approved the results, with the caveat of "demands" that Michigan Secretary of State Jocelyn Benson carry out a "comprehensive audit" of all "unexplained precincts" in the county.

"That passed unanimously, we just voted on that," said William Hartmann, one of the two Republicans on the canvassing board via Zoom.

But Trump dismissed that statement, saying the officials were forced to change their vote - but then refused to sign off on the crucial documents.

​And the president insisted that Michigan could no longer certify the election result, repeating allegations that more votes were counted in Wayne County than there were eligible voters.

Fellow Republican Monica Palmer said she was willing to certify the Wayne County results if precincts in the city of Detroit were excluded, saying "I believe that we do not have complete and accurate information in those poll books" - the county electoral rolls.

But that drew the accusation of racism from Michigan Democrat congresswoman Rashida Tlaib. Some 80 per cent of residents in inner Detroit are black.

Canvassing Board vice-chair Jonathan Kinloch, a Democratic, called the Republican's initial refusal to certify the result "reckless and irresponsible," adding: "I smell politics at the core of this action."

And Democrat Detroit Mayor Mike Duggan said it would have been "shameful" if they had "disenfranchised" 1.4 million voters.

​One implication of Michigan being unable to issue an official vote count could be that the Republican-dominated state legislature would decide which candidate will receive the state's six electoral college votes - an outcome not lost on Trump.

Without the electoral college votes of Michigan and Georgia, where Biden's apparent victory margin of just 14,000 votes has prompted a recount, Biden's total would only be four more than the 270 required to be confirmed president. And the Trump campaign has ongoing legal challenges to the results in Pennsylvania, Wisconsin, Arizona and Nevada - all with narrow margins between the two candidates' tallies.

Trump continued to retweeted reports backing his claim that massive ballot fraud robbed him of victory over Biden. Earlier this week the Georgia recount found that almost 2,700 votes in one county had not been tallied - and 70 per cent of those were for the president.

​And Trump denounced election authorities in Georgia and the Pennsylvania state Supreme Court for refusing to act on his claims of vote-rigging.

Both Biden and Trump claimed victory within days of the election - with major TV news networks hastily calling it for the Democrat former vice-president - even though the official results for each state have still not been declared almost two weeks later.