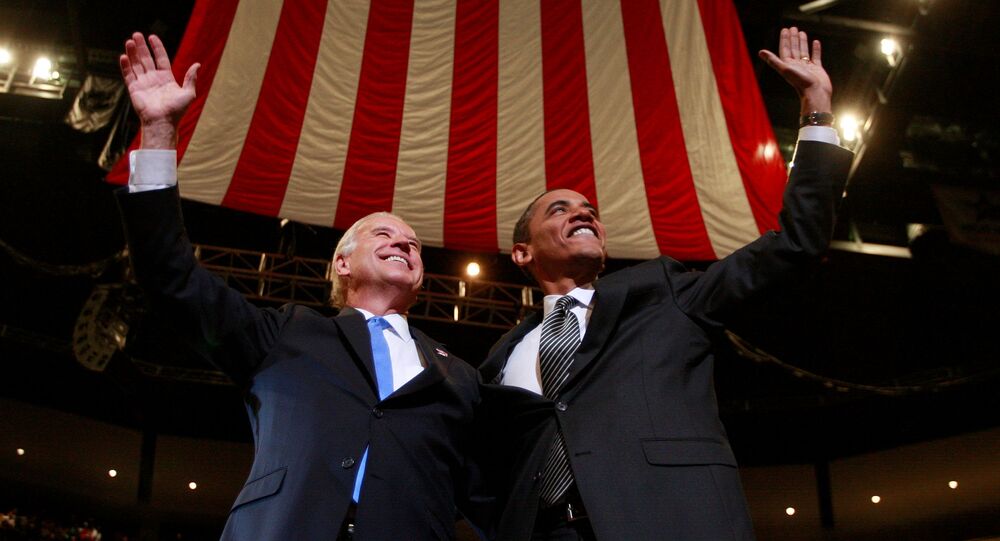 While the official results of the 2020 US presidential election are not out yet, self-proclaimed president-elect Joe Biden has already reportedly launched a transition plan to tackle key challenges in the country and reverse several policies of the Trump administration.

Projected US President-elect Joe Biden may nominate former POTUS, Barack Obama, for the post of American Ambassador to the UK, The Sunday Times cited an unnamed source as saying.

"I have heard there is a possibility that Obama could be asked as a thank-you", the source claimed, in an apparent nod to Biden having served as VP under Obama between 2009 and 2017.

British media reported that a potential move to appoint Obama as ambassador may prove rather embarrassing for UK Prime Minister Boris Johnson given his previous unfriendly remarks about the ex-US president.

In 2016, for example, then-London Mayor Johnson wrote an article for The Sun, in which he commented on the decision to remove a bust of iconic British Prime Minister Winston Churchill from the Oval Office shortly after Obama became president.

"Some said it was a snub to Britain. Some said it was a symbol of the part-Kenyan president's ancestral dislike of the British empire – of which Churchill had been such a fervent defender", Johnson argued. The bust was actually on loan to the Oval Office for the duration of George W Bush's presidency.

Tommy Vietor, a former spokesman for President Obama, tweeted last week that they will "never forget" Johnson's "racist comments about Obama and slavish devotion to Trump".

Vietor was echoed by Senator Chris Coons, tipped to become Biden's Secretary of State, who said that Johnson's remarks about Obama was something that "certainly wasn't well-received on my part".

© AP Photo / Evan Vucci
Would Joe Biden Find Room for Bernie Sanders, Elizabeth Warren or a Republican in His Cabinet?
The comments came a few days after Johnson congratulated Biden on his projected election victory in the 3 November US presidential elections, on Saturday, in a tweet that also touted Washington as London's most "important ally".

Biden declared himself president-elect late last week, shortly after he was projected by most major US news networks to win the vote.

Incumbent President Donald Trump, however, refused to concede, insisting that the election race is "far from over" and vowing to lodge more lawsuits against what he described as "fraudulent" votes cast in a spate of battleground states during the election.