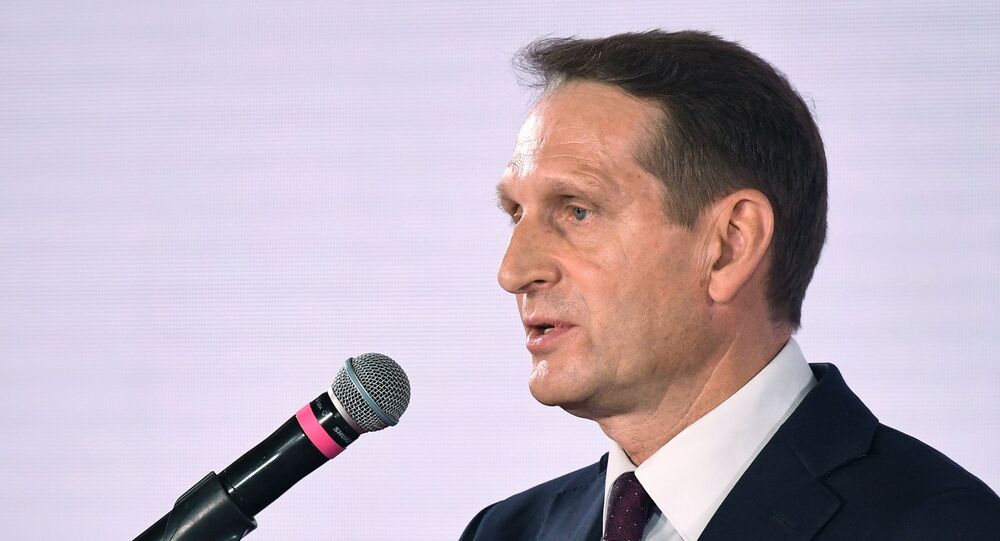 MOSCOW (Sputnik) - The riots in the United States were directed against US political elites who lost touch with reality, Russian Foreign Intelligence Service (SVR) Director Sergey Naryshkin said in an interview with Sputnik.

"We can say that the current riots and protests are an attempt at a 'colour revolution' against the social order, against the elites who lost touch with reality," Naryshkin told Rossiya Segodnya International Information Agency Director General Dmitry Kiselev.

Naryshkin's comments come as the electoral struggle unfolds in the wake of US presidential election, with groups supporting Democratic candidate Joe Biden and his Republican rival Donald Trump being polarised. As Trump targets "the Radical Left", whom he blames for fuelling the country-wide protests against racism and police brutality in the United States, his critics, including Biden, call for reforms, including measures to stem police brutality.

According to Naryshkin, both candidates lamented the current unrest in the United States in appealing to their respective voter bases.

The SVR head also said that the SVR expects a further deepening of the split in the US society, regardless of who wins the vote, US President Donald Trump or Joe Biden.

Naryshkin also said there are no signs of the US being interested in improving relations with Russia after the presidential election.

"As for the position of the Russian Federation, we are, of course, interested in a broader dialogue and in the development of relations based on equality, and mutual cooperation between our two countries. But, unfortunately, we do not yet see signs of such an approach in the American political segment. This applies to both the Democrats and the Republicans," Naryshkin said.

In the wake of the upcoming presidential election, allegations have been sparked in the US again that Moscow is somehow trying to change the outcome of the voting, echoing the accusations that Russia faced back in 2016, when Hillary Clinton lost the Oval Office to incumbent president Donald Trump.

According to Naryshkin, representatives of the US authorities are also trying to organise provocations to split Russia-China cooperation.

"We register such things, register the way certain representatives of the American authorities, the State Department, talk to their partners, what provocative theses they are using in order to create a split, discord in our cooperation," Naryshkin told Kiselev.