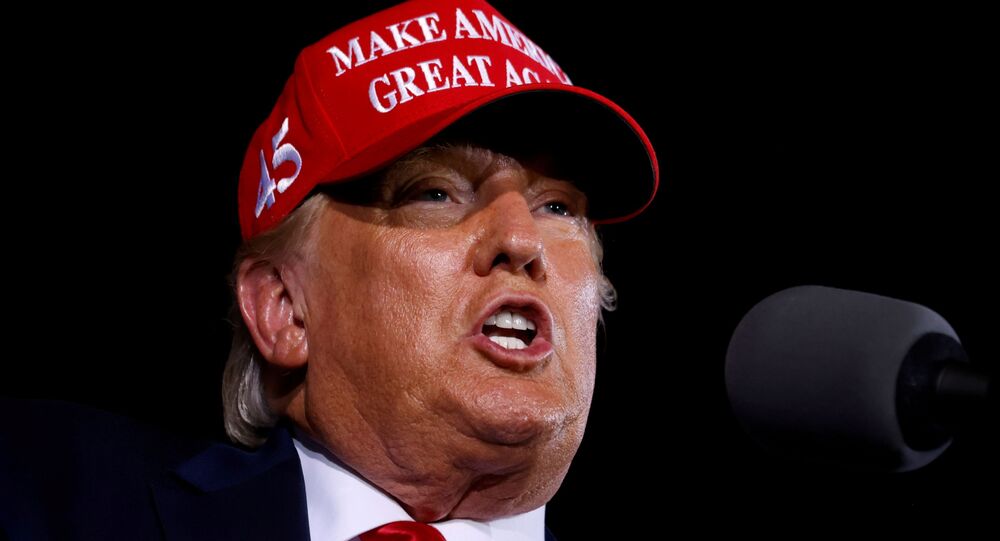 The incident, which took place on Interstate 35 between Austin and San Antonio, Texas, was harshly condemned by the Biden campaign, who claimed the convoy of Trump supporters had tried to steer the bus off the road.

US President Donald Trump has criticised a decision by the FBI's San Antonio office to open an investigation into an incident on the I-35 highway involving the campaign bus of Democratic candidate Joe Biden and a group of vehicles carrying Trump flags, which surrounded the bus at some point in its journey. POTUS suggested that it would behoove the FBI to investigate other matters damaging to US citizens, rather than looking into the alleged group of Trump supporters, who, in the president's opinion "did nothing wrong".

In my opinion, these patriots did nothing wrong. Instead, the FBI & Justice should be investigating the terrorists, anarchists, and agitators of ANTIFA, who run around burning down our Democrat run cities and hurting our people! https://t.co/of6Lna3HMU

Trump specifically suggested the FBI should look into the actions of anarchists and agitators from ANTIFA, whom he accused of "burning down" cities, run by democratic mayors, apparently referring to a spate of riots that rocked the US this summer and fall in connection with the deaths of several African Americans at the hands of police.

The FBI did not elaborate on the details of its investigation in its statement to the press, noting that it no "further information" available at the time. The incident in question took place on 1 November as a Biden campaign bus was driving on the highway between Austin and San Antonio being shadowed by a group of alleged Trump supporters. According to the Biden campaign, they were yelling obscenities, tried to slow the bus down, and even drove it off the road. The president dismissed such claims, insisting the trucks meant no harm.

"You know they were protecting [Biden's] bus yesterday, because they are nice. They had hundreds of cars", Trump said of the incident.

Biden campaign staffers later complained that they had to slow the bus down to 20 mph (32 kph) due to the "Trump supporters" and skip some of their planned events over "security" concerns.

"Rather than engage in productive conversation about the drastically different visions that Joe Biden and Donald Trump have for our country, Trump supporters in Texas today instead decided to put our staff, surrogates, supporters, and others in harm's way", one of the Biden campaign managers said.

This is a traffic violation and attempted homicide. Why hasn’t anyone been arrested? pic.twitter.com/QnfF4vXMQn

While videos of the incident, which surfaced online, show no sign of "Trump trucks" trying to push the bus off the road, they did reveal an incident between a white car, presumably driven by a Biden campaign staffer and a black truck with Trump flags. One of the videos showed the two cars colliding and seemingly wrestling for a place in a lane behind the Biden campaign bus, before disengaging.

Here's the video showing the white car coming into his lane. pic.twitter.com/yoVGKibMlN

Another video appeared to show the moments before the incident, depicting the white car first trying to switch to a lane to the left of the bus, while its hazard warning lights were switched on, and then trying to return to the lane behind the bus. By that moment, the lane had already been occupied by the presumed Trump supporter's truck, which seemed to be reluctant to give space to the returning white vehicle.