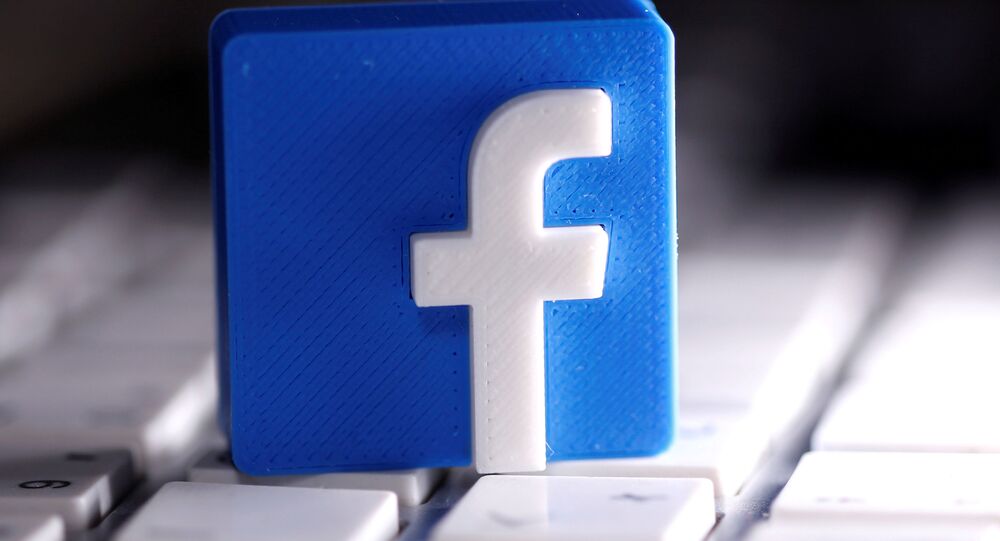 Last Wednesday, the news satire website Babylon Bee ran a story with the headline, "Senator Hirono Demands ACB Be Weighed Against A Duck To See If She Is A Witch," in reference to the grilling Judge Amy Coney Barrett faced from a Hawaii senator, who asked the judge if she had ever "sexually assaulted" anyone.

So after a manual review, Facebook says they stand by their decision to pull down this article and demonetize our page. I'm not kidding. They say this article "incites violence." It's literally a regurgitated joke from a Monty Python movie!https://t.co/U9B6tTOj6N

​Dillon wrote that after a “manual review”, Facebook refused to budge and claimed that the article 'incites violence'.

The bemused Babylon Bee boss questioned how their story could be slammed and a threat issued to “demonetise their page” over what was in fact a “regurgitated joke from a Monty Python movie", specifically the 1975 British comedy classic Monty Python and the Holy Grail.

In what universe does a fictional quote as part of an obvious joke constitute a genuine incitement to violence? How does context not come into play here? They're asking us to edit the article and not speak publicly about internal content reviews. Oops, did I just tweet this?

​Last Wednesday, the satirical site had run a story with the headline "Senator Hirono Demands ACB Be Weighed Against A Duck To See If She Is A Witch."

The piece was sparked by the questioning that Supreme Court nominee Judge Amy Coney was subjected to by Hawaii's junior senator Mazie Hirono. Hirono had asked Barrett if she had ever "sexually assaulted" anyone, as well as reprimanding her for using the term "sexual preference" to describe the LGBTQ community. Barrett had apologised for the latter.

The Bee's satirical report stated that after two days of the confirmation hearing, during which the judge responded to questions with ease, suspicions grew on Capitol Hill that Amy Coney Barrett “might be a practitioner of the dark arts".

The Bee then fictitiously quoted the Hawaii senator as saying:

"Oh, she's a witch alright, just look at her! Just look at the way she's dressed and how she's so much prettier and smarter than us! She's in league with Beelzebub himself, I just know it! We must burn her!"

According to the piece, Hirono "then pulled a live duck out of a massive burlap sack next to her and announced: 'In addition to being a Senator, I am also quite wise in the ways of science. Everyone knows witches burn because they are made of wood. I think I read that somewhere. Wood floats, and so do ducks-- so logically, if Amy Coney Barrett weighs as much as this duck I found in the reflection pool outside, she is a witch and must be burned.'"

In an attached photoshopped image, published by the website, Hirono was shown with a duck by her side.

While there has not been any official comment from Facebook, Dillon went on a tirade against the company’s failure to appreciate a “fictional quote as part of an obvious joke”, adding that there was a deliberate unwillingness to take the context into consideration.

He also claimed that Facebook had asked the site to edit the article and not speak publicly about internal content reviews.

Many disbelieving Twitter users echoed the website CEO’s sentiments in their comments, adding that the generation of “manual reviewers” had not been born yet when the Monty Python movie was made.

Unbelievable. Your satire site (which is A+++ good) references one of the best known Python bits, and it sails miles over the heads of the Woke Police. I wonder if said police would soften their stance if they knew “she turned me into a newt.”

Please, join me for a time of laughing at Facebook and simultaneously mourning the collapse of western civilization.

Given the litany of ludicrous statements made by Hirono, it is entirely possible that this satirical Monty Python reference could be interpreted as fact and must thus be suppressed by the woke FB elite for the good of deplorable masses.

@JohnCleese maybe you should explain the joke to @Facebook.

I said it over and over again to some of my friends that Monty Python would not go down well in 2020, and many of them thought I was joking.

Who did their "manual" review? A 22 year old intern who hasn't seen any comedy written before 2010? How do you not recognize that is a joke, even if you've never seen Monty Python and the Holy Grail? Or are jokes only funny when you agree with the people making them?

To be fair, the manual reviewers weren’t born when the movie was released.

Twitter and Facebook are going to choke us off at the nuts for the next 14 days. This time will be written about in amazement (and horror).

Stand up comics no longer appear on college campuses. Dangerous and triggering.

All the shit I see on Facebook and they take down this article. Exactly one of the many reasons why I am not on Facebook.

I don’t use it at all. I don’t think I’m missing anything. Life is good without FB.