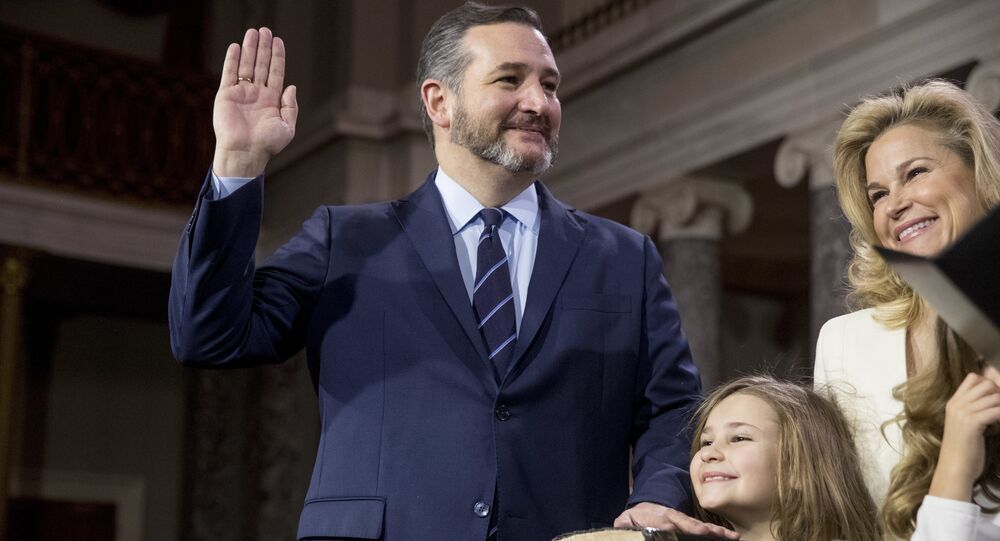 The death of Justice Ruth Bader Ginsburg and subsequent nomination of Judge Amy Coney Barrett to take over the seat left vacant at the Supreme Court, has prompted Democrats to renew talks on court-packing, an idea which suggests expanding the number of permanent members in this legislative body to avoid an imbalance to the conservative side.

US Senate Republicans, led by Texas Senator Ted Cruz, proposed a constitutional amendment to prevent court-packing by fixing the number of the Supreme Court members to nine, The Washington Times has reported.

Another proposal from Republican lawmakers reportedly includes a change in Senate rules that would allow a supermajority vote to be required before the Supreme Court could be extended in size.

According to Cruz, the actions should be propelled before Election Day to prevent a threat to “foundations of our democratic system” in case Democrats manage to gain more power after the presidential and senate elections on 3 November to promote the court-packing initiative.

“For the sake of our liberties and the future of our country, we must preserve our independent judiciary. These proposals would do just that,” Cruz insisted.

The Supreme Court at present comprises eight lifelong members since the death of Ruth Bader Ginsburg on 18 September. US President Donald Trump has nominated Court of Appeals Judge Amy Coney Barrett to fill the gap.

If confirmed, Barrett’s admission would endow the high court with a 6:3 conservative majority, something the Democrats highly oppose,  and they have been calling for the body to be extended to 15 permanent members to cancel out “unbalanced” votes. The court-packing idea was initially proposed by Democratic president Franklin D Roosevelt in 1937 when he was trying to gain support for his New Deal.

© REUTERS / POOL
Judge Amy Coney Barrett tests her microphone after it failed several times during the third day of her Senate confirmation hearing to the Supreme Court on Capitol Hill in Washington, DC, U.S., October 14, 2020.

The issue has remained contentious ever since, as critics of the court-packing idea insist that the move would threaten a balance of power by eventually creating a “super-legislature” body that consists of unelected judges. According to President Trump’s recent tweet, even Roosevelt’s “own party told him you cannot PACK the United States Supreme Court” as this would “permanently” destroy it.

From his side, Democrat presidential candidate Joe Biden, who is running against Trump, has refused to make his opinion openly known – at one point he said that Americans do not “deserve” to know his position on court-packing but later hinted he would welcome the idea.

Meanwhile, Judge Amy Coney Barrett is at present expecting her candidacy to be confirmed by the US Senate, a body that has a 53-47 Republican majority.