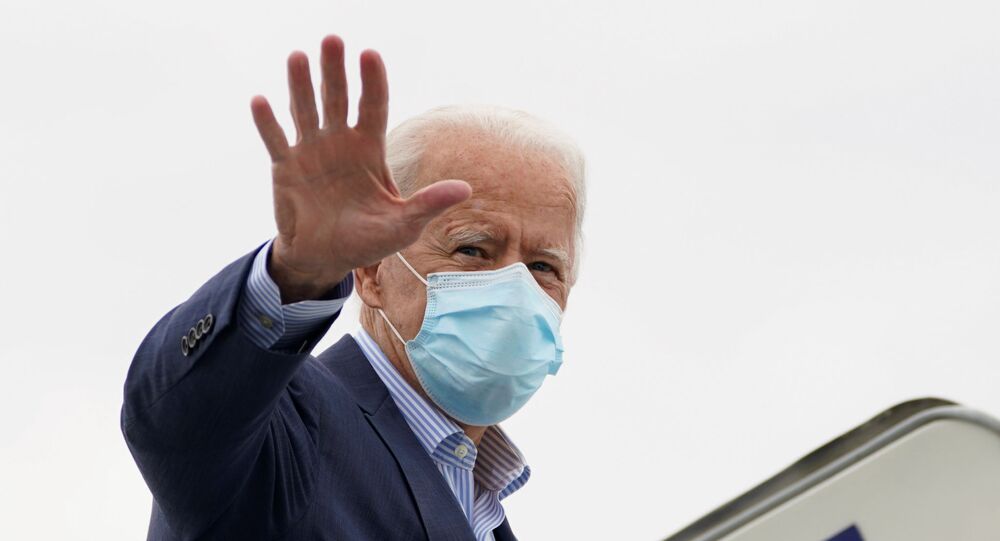 The issue of court packing - an idea supported by many in the Democratic party - has been one of those most acute for Democratic candidate Joe Biden and his campaign, as he has consistently been reluctant to outline his position on extending the number of Supreme Court judges.

During an interview with Las Vegas KTNV anchor Ross DiMattei, Joe Biden was again pressured to reveal his stance on court packing - but rolled out a sharp answer beyond previous moves to dodge the issue.

When asked by the reporter "Don't the voters deserve to know [your position on packing the Supreme Court]?", Biden immediately hit back with "No, they don't deserve to".

Continuing his response, the Democratic candidate said: "I'm not going to play his game. He'd love me to talk about — and, and I've already said something on pack the court. But he'd love that to be the discussion".

According to Biden, it is Republican actions that can be considered "packing the court", a move which he slammed as "unconstitutional".

Reporter: "Don't the voters deserve to know [your position on packing the courts?]"@JoeBiden: "No, they don't deserve" pic.twitter.com/xF1Ywtf0od

​Biden, along with his running mate, Senator Kamala Harris, have consistently avoided voicing a stance on so-called court packing - an idea recently floated by some Democrats to extend the number of Supreme Court judges, from 9 to 15.

The idea of court packing loomed after US President Donald Trump moved quickly to nominate Amy Coney Barrett to replace Justice Ruth Bader Ginsburg, who died earlier in September. The nomination caused waves among Democrats and others, who urge that a new judge only be appointed after the presidential election.

According to the Democratic party, a Barrett appointment to the Supreme Court would increase the conservative majority and pose a greater threat to overturning the Affordable Care Act (ACA), also known as Obamacare.

The GOP, however, argues that Trump, as the incumbent president, has the constitutional right to pick a candidate for the Supreme Court. Barrett is expected to be grilled in the US Senate later in October, undergoing confirmation hearings that Trump earlier predicted would be "quick and easy".

The Republican point is similar to that of Democrats in 2016, when then-President Barack Obama nominated Merrick Garland for the Supreme Court, to succeed Antonin Scalia after the latter had died on February 13, nine months before the next presidential election. Responding to criticism from Republicans that the seat should be filled following the election, Senate Democrats noted that nine months was far enough ahead to vote on Garland before the November 2016 election.