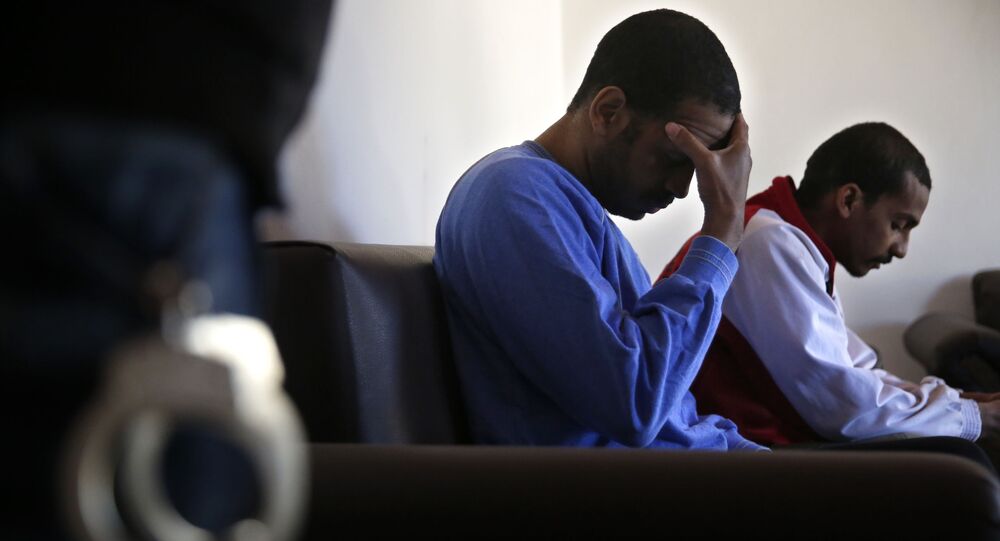 The US trial of Alexanda Kotey and El Shafee Elsheikh had been effectively blocked by the UK Supreme Court after former US Attorney General Jeff Sessions refused to rule out the death penalty. The High Court in London overturned that decision, after AG William Barr gave an assurance that capital punishment would not be sought.

Two British-born alleged Daesh* terrorists, dubbed 'Beatles' will be sent to the US to stand trial for murder and other crimes against American hostages in Syria.

Alexanda Kotey and El Shafee Elsheikh will be extradited from Iraq, where they are currently being held in US military custody, to the US within weeks, Fox News reported.

The pair are accused of kidnapping, torture, sexual assault and gruesome murder by beheading hostages, including journalists James Foley and Steven Sotloff, and aid workers Kayla Mueller and Peter Kassig.

A trial in Virginia was to get a green light after the UK High Court lifted a block imposed in March by the US Supreme Court on sharing evidence stemming from a legal challenge by the mother of one of the suspects.

The UK High Court ruling followed Barr's assurance that the two would not face the death penalty, a punishment for murder that was abolished in mainland Britain in 1965, which Barr's predecessor, Jeff Sessions, refused.

© CC0
German 'Daesh Wife' of Notorious Rapper-Turned -Terrorist Jailed for More Than Three Years
Kotey and Elsheikh have confessed to their part in the kidnapping, sexual assault and murder in 2015 of the 26-year-old Arizona-born medical volunteer Mueller, who was kidnapped after leaving a Doctors Without Borders hospital in Aleppo in 2013.

The two also admitted to beating Foley, an AFP agency reporter, before he was beheaded on camera by Mohammed Emwazi, known as "Jihadi John", in August 2014. A notorious video of the gruesome murder was posted to social media.

US military officials claim that Emwazi, who also murdered Sotloff, was killed in a 2015 attack by two US CIA-operated and one British drone aircraft in Raqqa, northern Syria.

The fourth 'Beatle' is Aine Lesley Davis, a former drug dealer from London who converted to Islam. He was sentenced to seven and a half years in prison by a Turkish court in 2017 for membership in a terrorist group after he was arrested in Istanbul in November 2015.