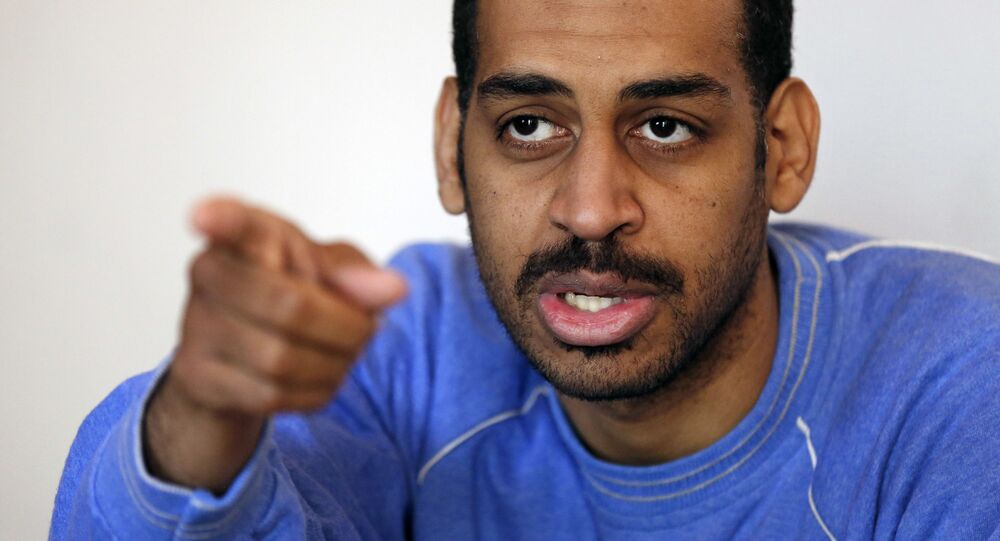 The two remaining members of ‘The Beatles’, a four-man Daesh cell aptly named due to its members' British accents, are currently imprisoned in Syria. They have lost their British citizenship but the government says there’s not enough evidence for them to stand trial in the UK.

A member of the notorious ‘Beatles’ terror cell, who has been deprived of his British citizenship over his involvement in the gruesome executions of western captives, says he has a family in Syria and wants them to live in the UK.

Alexanda Kotey, 35, nicknamed ‘Ringo’, was captured by the US-backed Syrian Democratic Forces in November 2017 as he was fleeing the collapsing jihadi state.

He is now being held in northern Syria along with another captured ‘Beatle’, El Shafee Elsheikh.

In an interview with The Mirror, Kotey said he married a Syrian woman in early 2013, and has three daughters aged five, three, and one with her.

He sent his wife back to her family in Aleppo when the self-proclaimed caliphate was being rolled back.

He said he hadn’t been allowed to communicate with his wife, but wants her to move to the United Kingdom on the grounds that he was a British citizen.

“I know they have made some kind of contact back to the UK which got put on hold due to some kind of legal issue. There was an attempt to make contact with my mother which got cut, legal issues,” he was quoted as saying.

“As far as I’m concerned I am British and I’ll remain British. To say I am not British is a big, bold statement or that anyone is more British than me because I made some mistakes – that’s also a big statement.”

This is less evident from a legal standpoint, given that Kotey and Elsheikh had their UK nationality revoked last year and are expected to stand trial on US soil. The United Kingdom has declared that there was "insufficient evidence" for the two to be tried in the UK and reportedly does not oppose the death penalty for them.

Kotey apologised for his crimes but said he was “grateful” for his time in the terror group, because this it helped him get a jihadi bride.

Moreover, he said he regrets joining Daesh but added that he didn’t condemn the beheading videos because “that was the environment”.

Kotey earlier admitted his role as a hostage-keeper in the torture squad, where he was allegedly ‘extracting’ information from Western hostages, but denied taking part in their killings.

The London-born terrorist also recounted how he and some fellow Daesh members would laugh at the videos.

“Nobody thought they were beneficial in any way,” he said. “We used to mock them, we would ridicule them…We would laugh at the [Islamic] State, obviously not laughing at the beheadings, but this was all staged.”

Their cell is suspected of beheading at least 27 Western captives, including US journalists James Foley and Steven Sotloff, as well as British aid workers Alan Henning and David Haines.

Another member of the squad, Mohammed ‘Jihadi John’ Emwazi, who was believed to be the masked man seen in some of the vile execution videos, was killed in a US airstrike in November 2015.

The fourth man, Aine Davis, was captured the same month in Istanbul and jailed on terrorism-related charges.

*Daesh (aka IS/ISIS/Islamic State) is a terror group banned in Russia and many other countries.