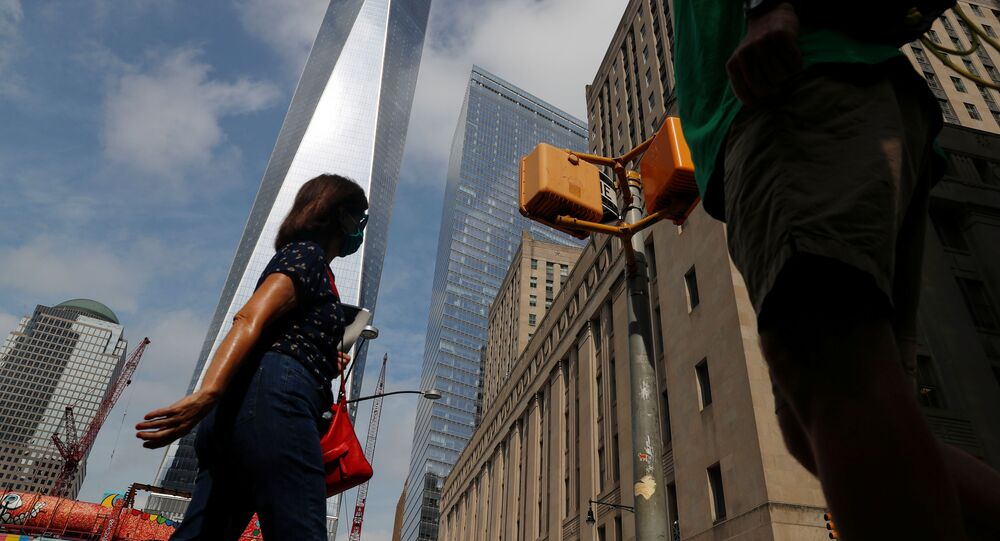 NYC ‘Under Assault Like Never Before’: CIA Insider Claims China Has Over 100 Spies Operating in City

In the wake of last Monday's arrest of a New York City Police Department (NYPD) officer charged with spying for Beijing, US Secretary of State Mike Pompeo in a New York Post interview on Wednesday accused the Chinese consulate in NYC of “crossing the line from normal diplomacy”, describing the embassy as an espionage hot spot on US soil.

James M. Olson, former chief of counterintelligence with the CIA, and a professor at Texas A&M University’s Bush School of Government and Public Service, told The New York Post on Saturday that New York City is “under assault like never before” as the Chinese government has increased its spy recruitment efforts in the US city.

The former CIA agent estimated that the number of Chinese spies operating in the Big Apple could be over 100 intelligence agents at any given time.

“Their spy program is massive,” Olson said, quoted by the newspaper. “They aggressively mine social media and look for Chinese-Americans who have affection for Mother China.”

Commenting on the recent arrest of an NYPD officer, Baimadajie Angwang, a US citizen of Tibetan descent who was charged with spying for Beijing, Olson described that the 33-year-old is a potential “gold mine” for the Chinese government.

“Police, military, counterintelligence are very big targets,” said Olson. “The Chinese would have great interest in somebody with the NYPD who can get records, provide traces, find out who is under investigation. They probably had a tip-off and found a way to cozy up.”

CIA historical consultant H. Keith Melton, co-author of ‘Spy Sites of New York City’, suggested that for the recruitment process, China’s Ministry of State Security designates US citizens of Chinese origin and contacts them via a person with ties to their previous life back in China. He added that the Chinese agency will convince targets “to do one gray thing for the good of China.”

“People are convinced that what they are doing will not be harmful to US interests — even though, of course, it is,” Olson explained. “China has multiple spies working on a particular project. So [an agent] may be getting small pieces of information, which seem inconsequential, but are part of a larger plan.”

In Angwang’s case, Olson, the author of ‘To Catch a Spy: The Art of Counterintelligence’, said that the Chinese intelligence might have used the man “to find out what the NYPD is doing in terms of surveillance, the databases they have, what they are learning about China’s UN representatives and consulate officials.”

Olson said that Angwang was quickly “abandoned” by Beijing because he was one of “so many” Chinese spies operating in the US that “they can afford to lose.”

“He’s been abandoned. But this is the cost of doing business,” Olson suggested. “The Chinese have so many assets in the United States that they can afford to lose a few.”

On Wednesday, in response to the arrest of the alleged Chinese spy, US Secretary of State Mike Pompeo told The New York Post that the NYC-based Chinese consulate is “crossing the line from normal diplomacy”, describing the location as an espionage hot spot on US soil.

“They’re engaged in activities where they’re crossing the line from normal diplomacy to the kinds of things that would be more akin to what spies are doing,” Pompeo said.

On 21 September, Baimadajie Angwang, a community affairs liaison for the NYPD, was arrested by US federal authorities after allegedly doubling for six years as a Chinese government agent.

Prosecutors claimed in court filings that, since August 2014, Angwang “did knowingly act in the United States as an agent of a foreign government, to wit: the People’s Republic of China, without prior notification to the Attorney General of the United States, as required by law.” They argued that the suspect was “acting at the direction and control” of Beijing officials in the Chinese consulate in New York.

On Tuesday, Chinese Foreign Ministry spokesperson Wang Wenbin slammed the accusations by US authorities as untrue and vowed that attempts by the administration of US President Donald Trump to compromise Chinese diplomatic missions and their employees in the US would never succeed.

“These allegations by the US are completely fabricated, full of speculation and abound in terms such as ‘possibly’ and ‘probably’,” Wang told a daily briefing on Tuesday.

In July, the Trump administration closed a Chinese consulate in Houston, Texas, declaring the location an espionage hot spot and a centre for attempting to steal medical data related to the development of a vaccine against the ongoing coronavirus (COVID-19) pandemic and trying to infiltrate US oil and gas industries.

Beijing denied the allegations, accusing Washington of various violations of international law, and retaliating with a shutdown of the US consulate in the south-western city of Chengdu and accusing its staff of meddling in China's internal affairs.

US-China relations have been deteriorating in recent years, as the Trump administration has routinely accused Beijing of being responsible for a number of internal and foreign problems, including the coronavirus pandemic, trade wars, national security issues, and technological development. Alongside diplomats, Trump's White House has targeted Chinese companies in the country, including TikTok's parent firm, ByteDance, and Huawei Tech.

The administration of Chinese President Xi Jinping has repeatedly slammed Trump's policies toward China, accusing the White House of attempting to blame Beijing for internal political problems and global challenges.