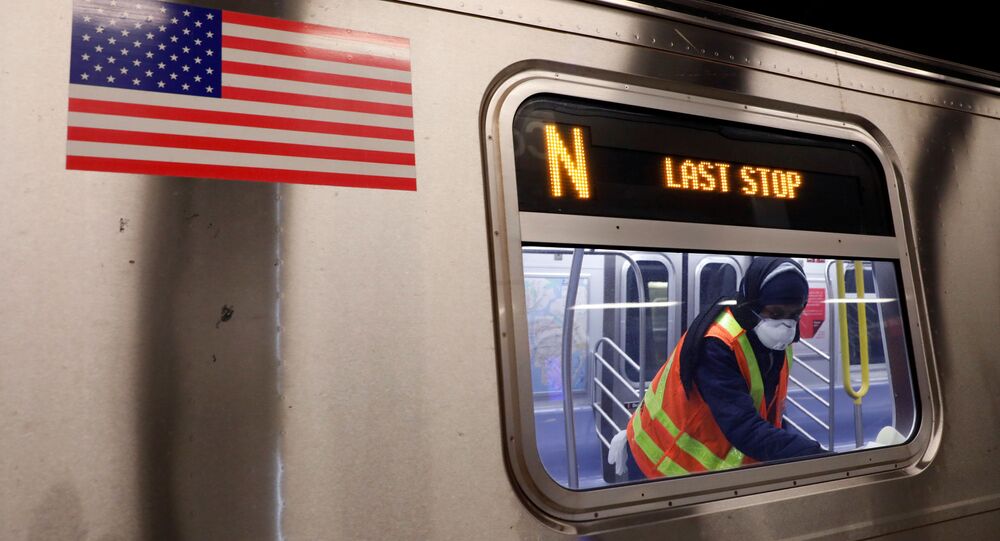 This comes as the United States is struggling to cope with the coronavirus outbreak. The director of the Centres for Disease Control and Prevention said last week that states desperately need $6 billion to distribute vaccines. Reports say that many hospitals are still facing severe shortages of personal protective equipment.

Democrats have called for an investigation into the Department of Defence following a report by The Washington Post which claimed that the department had used most of $1 billion that were allocated to "prevent, prepare for, and respond to coronavirus" to pay contractors for body armour, drone technology, engine parts.

"For the Administration to choose to use funds Congress made available to fight COVID-19 on the wish lists of defence contractors, instead of first protecting troops and the general public from the spread of the coronavirus, is unconscionable and should be investigated fully and prosecuted if warranted", Mark Pocan and Barbara Lee wrote in a letter to House Armed Services Committee Chairman Adam Smith and other Democrats asking to investigate the department and conduct a public hearing on the issue.

Smith, whose committee works in close contact with the DoD on developing its spending plans, said the decision to use funds for other purposes shows how the Trump administration "continues to exploit the trust of the American people". Smith did not say whether he plans to investigate the issue.

Elizabeth Warren, a harsh critic of President Trump, said the DoD's decision is an example of POTUS' "bungled" response to the pandemic.

"The Trump administration is using money meant to protect lives from COVID-19 to pad the pockets of defence contractors", Warren said.

The White House has not yet responded to the issue.

Commenting on the accusations, senior DoD officials said the department had been fully transparent with both Democrats and Republicans about its plans to use the money. The department said that the $1 billion was diverted because the Department of Health and Human Services had accessed other funds. The DoD also argued that funding for the defence contractors was essential, as companies manufacturing equipment for the DoD have suffered heavy economic losses during the pandemic.

"We need to always remember that economic security and national security are very tightly interrelated and out industrial base is really the nexus of the two", said Ellen Lord, the Pentagon’s undersecretary for acquisition and sustainment.

The development comes as the United States is trying to cope with the coronavirus outbreak, which has claimed the lives of more than 200,000 Americans. Director of the Centres for Disease Control and Prevention said last week that states desperately need $6 billion in order to distribute vaccines. Reports also say that many hospitals across the United States still face severe shortages of personal protective equipment.