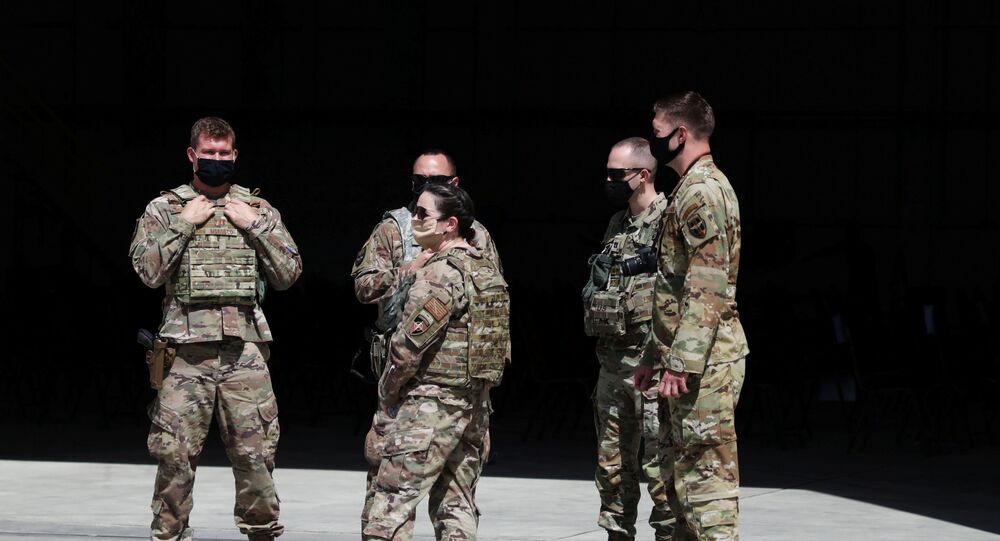 Pentagon Planning 'Condition-Based' Full Withdrawal From Afghanistan by May 2021

US President Donald Trump, in his re-election campaign, promised to end America's "endless wars", particularly vowing to reduce the US military presence in Afghanistan and Iraq.

The US Department of Defence is "conducting prudent planning" to withdraw all US soldiers from Afghanistan by May 2021 "if conditions warrant", a Pentagon official told the House Oversight and Reform Subcommittee on National Security at a House Hearing on the Trump Administration's Afghanistan Policy.

“I’d like to make it clear that [Defense Secretary Mark Esper] has not issued orders to reduce military personnel below this 4,000 to 5,000 level in Afghanistan, although we are conducting prudent planning to withdraw to zero service members by May 2021 if conditions warrant, per the US-Taliban agreement,” David Helvey, the official performing the duties of assistant secretary of Defense for Indo-Pacific security affairs, said at the hearing.

According to the official, the Pentagon expects to be "at about 4,500 troops" in Afghanistan by November.

The remarks come as intra-Afghan peace talks are ongoing in the capital of Qatar, Doha, between the Afghan government and the Taliban* group, marking the first negotiations between the warring sides in about two decades.

The talks were prompted by a peace deal with the Taliban that Trump signed in February, particularly outlining a timeline for full US military withdrawal from Afghanistan by late spring of 2021. In exchange, the Taliban had to part ways with the Al Qaeda* terrorist group.

As the Qatari negotiations continue, violence and bomb clashes have been reported in Afghanistan, with the US Special Representative for Afghanistan Reconciliation, Zalmay Khalilzad, calling to reduce violence during the intra-Afghan talks. According to Khalilzad, although the Taliban has made some steps towards breaking up with Al Qaeda, it still has work to do.

“We look for more steps before we are satisfied, and I believe that once we reach 4,500, we’d do an evaluation of ties and actions that they have taken and make decisions based on that,” Khalilzad said at the hearing.

Both Khalilzad and Helvey insisted that the US full withdrawal from the region depends on the Taliban's ability to comply with the deal.

“We’ll be watching very carefully to assess the conditions of Taliban compliance with the terms of its agreement, and that will be used to inform decisions on further and future withdrawals,” Helvey said.

The peace talks in Doha began earlier in the month, with the two sides set to try to agree on a possible lasting ceasefire, along with reaching a power-sharing agreement and resolving women rights in Afghanistan.

During his 2016 election campaign, Trump vowed to reduce America's foreign military presence, taking steps to withdraw US troops from conflict zones. Regarding Afghanistan, the US has already withdrawn some 3,000 soldiers from Afghanistan during the year, setting the current number of American troops in the region at estimated 8,600.

*Taliban, Al Qaeda - terrorist groups outlawed in Russia and many other countries