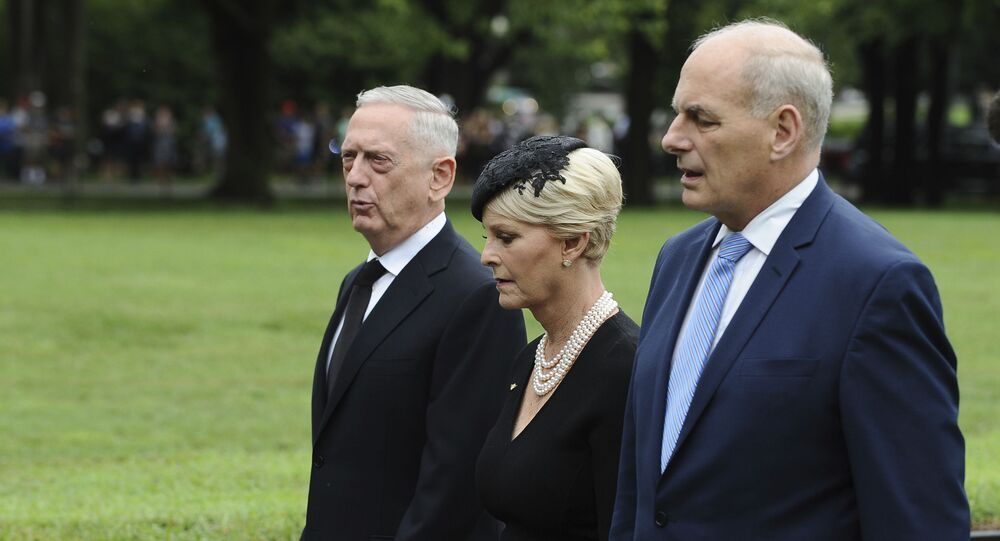 Late Arizona Republican senator John McCain's widow Cindy endorsed Democrat Joe Biden for president on Tuesday, saying she was putting her 'country first'. She added that Biden knew what it was to send his child to war, since his son had served as an army lawyer in Iraq for a year.

In a tweet on Wednesday morning, Trump said he was "never a fan of John" and that "Cindy can have Sleepy Joe!"

"I hardly know Cindy McCain other than having put her on a Committee at her husband’s request," Trump wrote, adding: "Joe Biden was John McCain’s lapdog. So many BAD decisions on Endless Wars."

​Cindy McCain endorsed Biden in a series of tweets on Tuesday.

"My husband John lived by a code: country first," she wrote. "We are Republicans, yes, but Americans foremost. There's only one candidate in this race who stands up for our values as a nation, and that is
Joe Biden."

"​He will be a commander in chief that the finest fighting force in the history of the world can depend on, because he knows what it is like to send a child off to fight," McCain added.

Biden's elder son Beau was deployed to Iraq from 2008 to 2009 as a member of the US Army's judicial corps. He was flown to Washington from Iraq in January 2009 to attend his father's swearing-in as vice-president. Beau Biden died in 2015 of a brain tumour.

Earlier this month Biden claimed Trump was "unfit" to serve as commander-in-chief. That was after the pro-Democrat Atlantic magazine published claims by unidentified 'sources' that Trump had insulted John McCain and former president George H.W. Bush, both former prisoners of war, after their deaths.

© AP Photo / Eric Gay
Former Republican Staffers From Bush, McCain, and Romney Teams Endorse Biden for President
McCain, who died of brain cancer in 2018, was taken prisoner in 1967 after his US Navy A-4 Skyhawk attack plane was shot down on a bombing raid over North Vietnam. After his release on 1973, he alleged his captors had tortured him and refused to treat the injuries he suffered while ejecting from his stricken aircraft - claims which his nurse and jailer have denied.

As a member of the US senate he was a vocal supporter of the US invasions of Afghanistan in 2001 and Iraq in 2003, the bombing campaigns against Serbia in 1999 and Libya in 2011, and repeatedly advocated military action against Iran. Trump presided over this year's peace agreement with the Taliban that could see the end of the 19-year war.

On Wednesday Biden also got the unexpected backing of the UK's Prince Harry and his US actress wife Meghan Markle, now resident in California since their falling out with the royal family. Veteran British journalist Piers Morgan blasted the prince for "poking his woke nose into the US election."

Trump and Biden are the leading candidates in the November 3 presidential election which is set to be mired in controversy over tens of millions of mail-in ballots.

Biden's campaign has received the blessing of several Republican establishment figures, including former secretary of state Colin Powell, who argued the case for the Iraq War at the UN in 2003 by insisting Iraq possessed weapons of mass destruction - a claim that was later proved false.