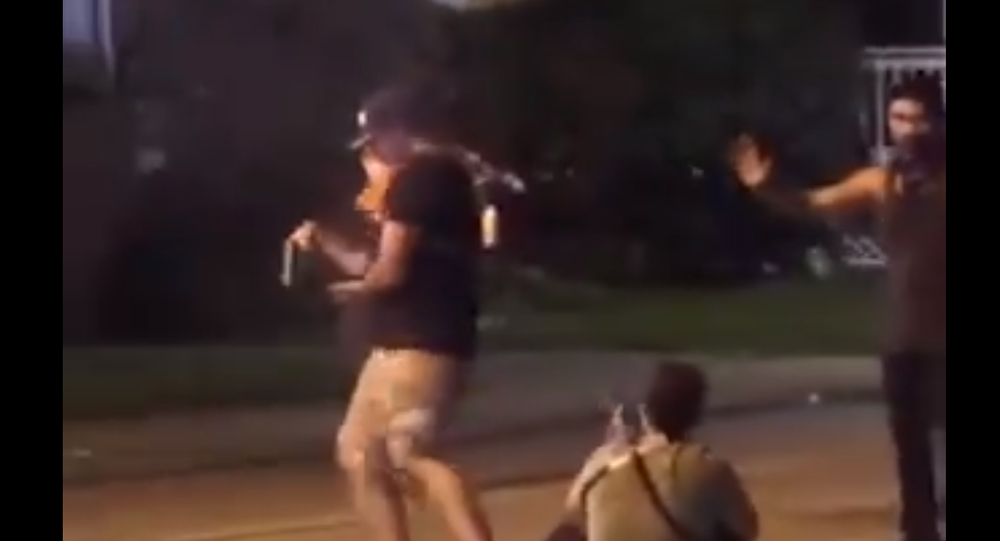 Rittenhouse is facing accusations of intentional homicide and a host of other charges for killing two people and injuring one during clashes in Kenosha, Wisconsin, amid mass riots in the city over the police shooting of an African American man, Jacob Blake.

The lawyer for Kyle Rittenhouse Lin Wood has released a new video of the incident in Kenosha, Wisconsin, noting that it proves the teenager was acting in self-defence.

Based on an eleven-minute clip, released by Wood's #FightBack Foundation, the defence team argues that other shots were fired before the first fatal shooting that resulted in the death of Joseph Rosenbaum.

The video also shows that Rosenbaum had an argument with a man guarding a local gas station before the shooting. He was reportedly enraged that the guards had put out a fire in a rolling dumpster that activists had tried to push toward the gas station.

According to attorneys, Rosenbaum might have mistaken Rittenhouse for that guard later, as the teenager had a similar outfit.

"Directly in front of Rittenhouse, armed with bats and other weapons, a mob is forming a barricade", the voiceover in the video says.

The video then shows the teenager fleeing the scene, as Rosenbaum follows him when a single gunshot of unknown origin is heard nearby. Rittenhouse then turns around and shoots the man who is charging at him.

© AFP 2020 / JOSEPH PREZIOSO
How Kyle Rittenhouse Case Polarised Americans With Social Media Taking Sides Before Probe & Trial
While Rittenhouse fired four times, attorneys stressed there were at least three additional shots of unclear origin right after he pulled the trigger. Rosenbaum was hit four times, and Rittenhouse's attorneys say that it has yet to be proven that he fired all of the shots.

Previously released videos showed people lunging for Rittenhouse, who fell on the ground and fired at them. He killed not only Rosenbaum but also Anthony Huber, who attacked him with a skateboard and tried to grab his rifle.

The young man also wounded Gaige Grosskreutz, who tried to approach Rittenhouse with a handgun.

Shooting Amid Riots Over Jacob Blake

Kyle Rittenhouse, a 17-year-old resident of Antioch, Illinois, was accused of killing two protesters and seriously injuring a third in Kenosha, Wisconsin, on 25 August, amid riots over the police shooting of African American man Jacob Blake two days earlier.

© REUTERS / LEAH MILLIS
Trump Visits Kenosha to Rally for 'Law and Order' After Violent Protests
The killings took place amid a series of protests and violent rioting which hit Kenosha, Wisconsin after a video of a white police officer shooting a black man named Jacob Blake in the back emerged online. Blake, according to police, is charged with domestic abuse and rape. According to the victim's family, Blake, who survived the shooting, is now paralysed from the waist down.

Wisconsin Governor Tony Evers had to declare a state of emergency over waves of violent protest swamping Kenosha.