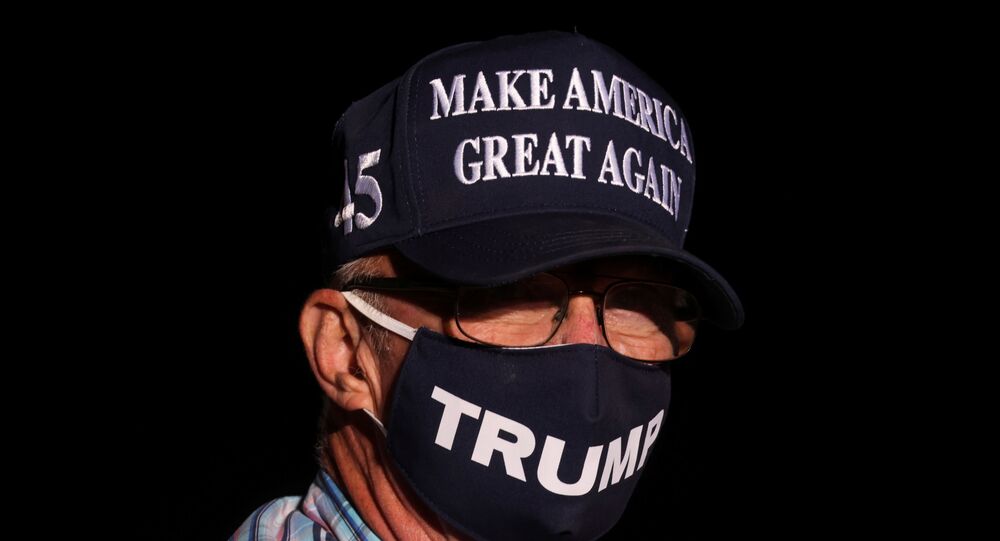 Earlier in the month, anti-Trump activists were arrested after attacking a 7-year-old boy by stealing his red "Make America Great Again" (MAGA) hat. The two women were charged with felony hate crimes and robbery.

A 77-year-old military veteran in California was attacked on Friday by a man and a woman, apparently for wearing a "Make America Great Again" hat and a "Back the Blue" mask, KRCR News reported.

The victim remained anonymous, claiming that the purported attack caught him "completely by surprise". The incident is claimed to have taken place at a Red Bluff post office.

"She looked at me and she goes, 'We just don't like people like you.' Just kind of got shocked a little bit and said, 'Well, that breaks my heart,' and no more sooner out of my mouth, I get hit on the left side of my head", the veteran described the alleged incident.

He then alleged that the woman "got him in a headlock" and "started pounding me on top of my head". According to the claim, he was taken to St. Elizabeth Hospital, where he received treatment and was later released. The report also included a photo showing the man's head, covered in cuts and scrapes.

The veteran stated that he blamed himself for the attack.

"I just feel kind of bad, seven years in the military, Vietnam veteran and 30 plus years in law enforcement and you're always taught situational awareness. And this guy came out of ... I never saw it coming", KRCR quoted him saying. "I was so shocked for the hate that people have, you know. I don't hate them. I never met them. I just can't believe they would do something like that."

The police reportedly arrested a suspect, identified as 26-year-old Daniel Gomez-Martinez, for battery and elder abuse.