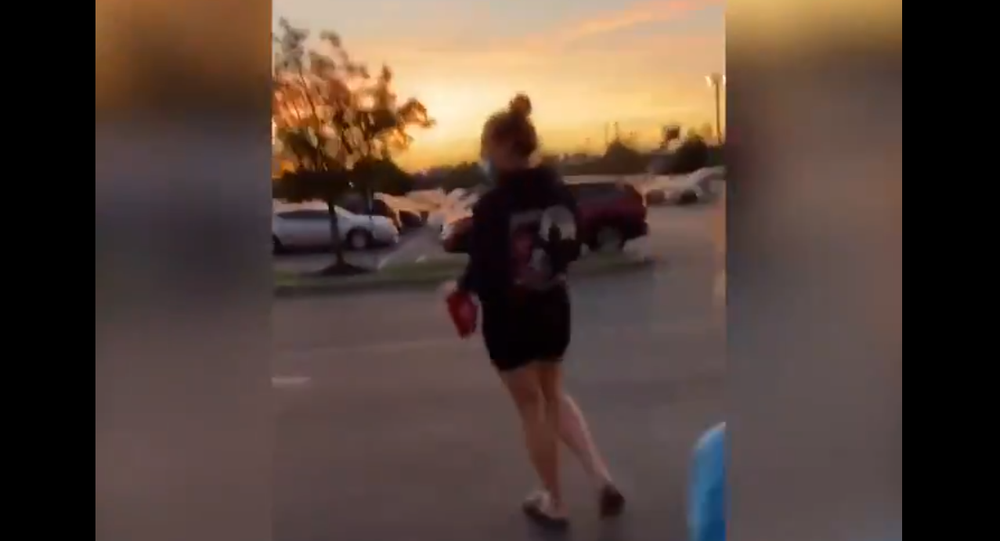 Two women were recorded on a video that later went viral, ripping up Trump signs and taking away a red "Make America Great Again" (MAGA) hat from a seven-year-old kid. The incident happened near the site of the Democratic National Convention.

Two women from Delaware were indicted on Tuesday for second-degree robbery and felony hate crimes after snatching a MAGA hat from a seven-year-old boy outside the Democratic National Convention, Fox News reported, citing a spokesperson for Delaware Attorney General Kathy Jennings.

"Violence in any form is unacceptable, but harming another person — let alone a child — because of the expression of their views betrays the principles on which our country was founded," Jennings said in a statement to Fox News.

The women faced accusations after a video of them ripping apart Trump signs and stealing a MAGA hat from a boy went viral, also showing them engaging in a squabble with several adults who later appeared to defend the young Trump supporter. The video also showed one of the suspects punching a man in the face.

Because he was simply showing his support for President @realDonaldTrump.

​The conflict unfolded near the site of the Democratic National Convention, where Joe Biden accepted his Democratic nomination ahead of the upcoming November presidential election. Incumbent President Donald Trump will be his rival in the race for the Oval Office.