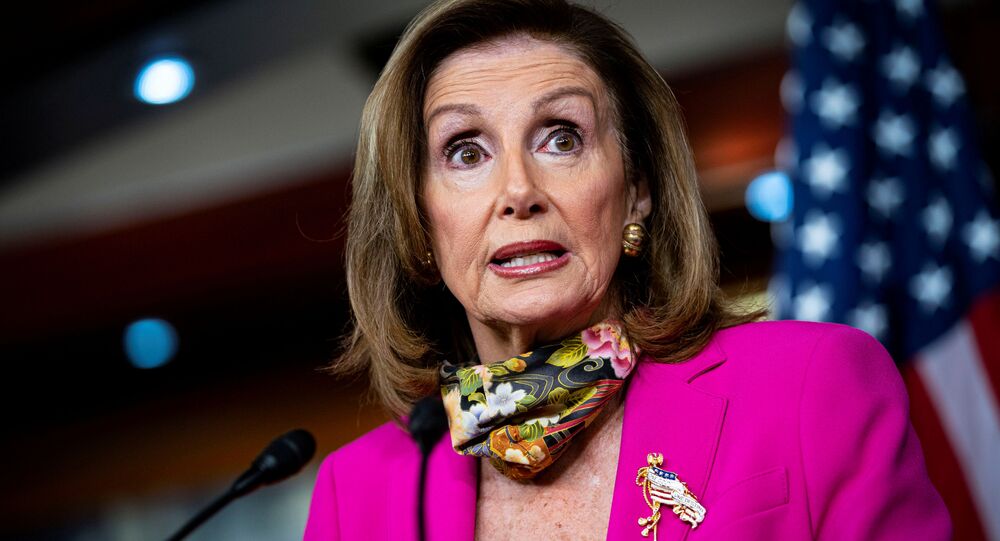 The US president earlier spoke against Democrats' calls for postponing the vote until the November election, citing his constitutional authority to make a nomination to fill the Supreme Court vacancy.

House Speaker Nancy Pelosi has not ruled out launching impeachment proceedings against President Donald Trump in a bid to prevent the Senate from voting on the Supreme Court nominee.

On ABC News' "This Week" on Sunday, host anchor George Stephanopoulos asked the House speaker if she considers impeachment a possible way of "stalling and preventing the Senate from acting on this nomination".

"Well, we have our options. We have arrows in our quiver that I'm not about to discuss right now, but the fact is we have a big challenge in our country", she said.

She added that President Donald Trump has "threatened to not even accept the results of the election with statements that he and his henchmen have made", and that the main goal now is to "protect the integrity of the election as we protect the American people from the coronavirus".

Democrats have argued that the next Supreme Court justice should only be nominated after the 3 November election takes place and a new president is elected.

Next week, Trump is expected to announce his Supreme Court justice to replace Ruth Bader Ginsburg, who passed away on Friday at the age of 87 due to cancer complications. The president added that it will "most likely" be a woman.

"We won, and we have an obligation as the winners to pick who we want. That's not the next president", Trump said.

Senate Majority Leader Mitch McConnell has said that the Senate will vote on Trump's nominee to replace Ginsburg.