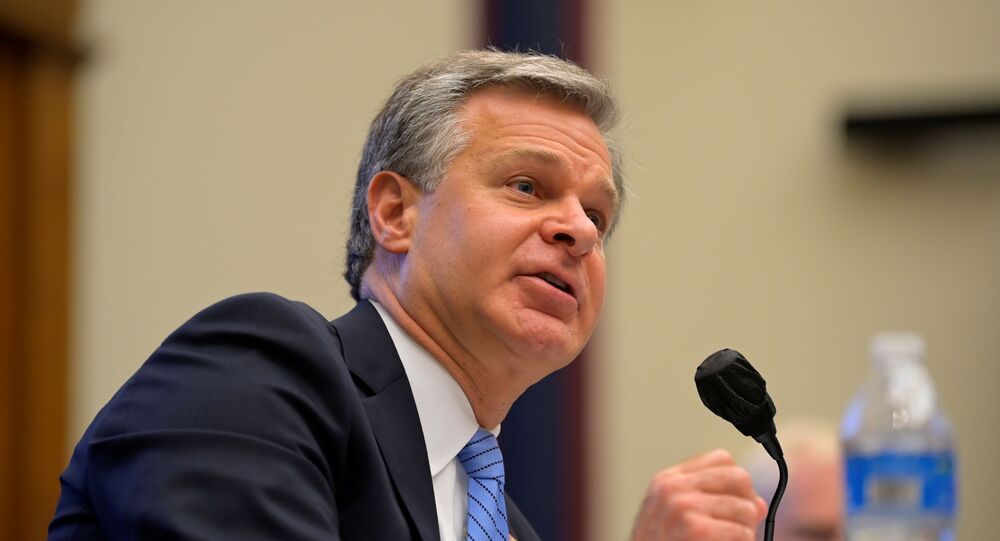 Earlier, FBI Director Christopher Wray angered Donald Trump with his comments about Antifa activists that have been involved in the ongoing anti-police protests across the United States, saying at a hearing of the House Homeland Security Committee that he viewed Antifa as an ideology, not a terrorist organization.

US President Donald Trump has hinted that he could replace FBI director Christopher Wray, whom he appointed in 2017, amid their ongoing disagreement over how to perceive Antifa, whose members have reportedly been actively involved in the ongoing protests against racism and police brutality that have swept the US after the death of black man George Floyd in police custody in Minnesota.

The president publicly hit out at Christopher Wray this week over his earlier comments about Antifa when addressing lawmakers. Speaking to reporters at the White House on Friday, Trump said:

“Antifa’s a bad group. And they’re criminals and they’re anarchists and they’re agitators and they’re looters and rioters… And when a man doesn’t say that, that bothers me. I wonder why he’s not saying that.”

​When reporters questioned Trump as to whether he might consider firing Wray as FBI director, the President responded:

“We’re looking at a lot of different things. I did not like his answers yesterday… Im not sure he liked them either, I’m sure he would probably agree with me, Antifa is bad, really bad."

Trump also took a jab at Wray for weighing in on Russia’s alleged “very active efforts” to meddle in the upcoming presidential election in the US, while not mentioning similar allegations regarding China.

In the hearing before the House Homeland Security Committee on 17 September, Wray had said that he regarded Antifa as a “real thing” but stopped short of labeling it as a terror group.

Wray acknowledged that the FBI had "quite a number" of investigations into what they perceive as "violent anarchist extremists", some of whom "self-identify with Antifa".

“Antifa is a real thing. It's not a group or an organisation. It's a movement or an ideology, maybe one way of thinking of it", said the FBI Director.

Wray was immediately accused by Conservative lawmakers of diminishing the role of Antifa, which they believe has an organised structure and coordinates its work on local, regional, and federal level.

Rep Jeff Van Drew was cited as claiming that Antifa is able to reach out to different states, counties, and cities, timing its activity to Black Lives Matter protests, and supporting its followers.

President Donald Trump to the FBI: "Antifa is a bunch of thugs and anarchists who are being funded by somebody, and find out who the somebody is" pic.twitter.com/ZMGsW0kOh9

​The Trump administration and Republicans have maintained that Antifa has been inciting violence during the protests, accusing Democrats of dodging the issue in a bid to score additional points ahead of the November election.