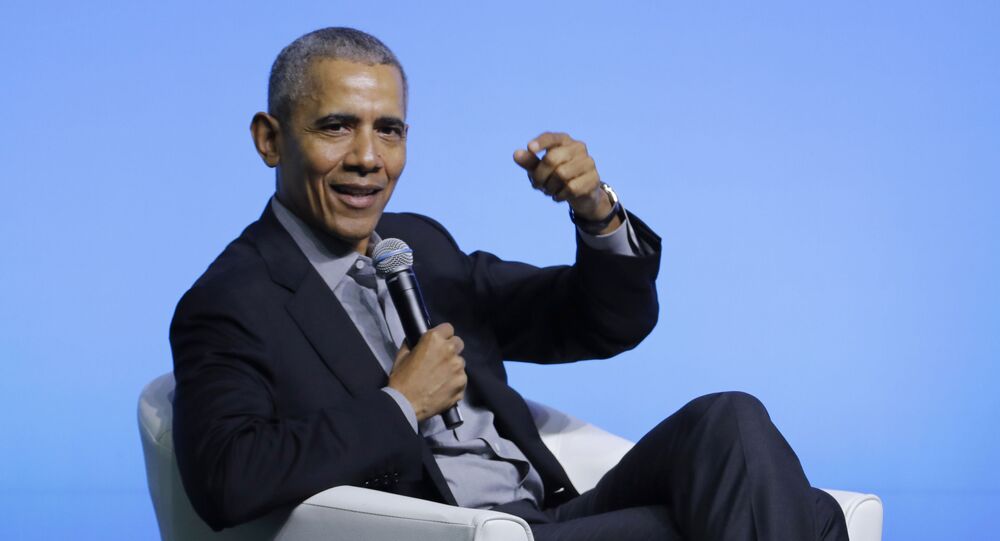 Barack Obama served two terms as the 44th president of the United States from 2008 - 2016 and the country's first African American leader. He took the reigns of power amid a global financial crisis and oversaw the death of Osama Bin Laden in 2011.

Former US president Barack Obama's much-anticipated memoir will be published on 17 November, two weeks after the 2020 presidential election.

The book will reflect on his early life and tenures in the White House and will come in two parts.

'A Promised Land' is volume one and will follow his life throughout his childhood and into his first term in the White House, ending with the death of Osama bin Laden at the hands of the US, according to his publisher Penguin Random House.

"There's no feeling like finishing a book, and I'm proud of this one. I've spent the last few years reflecting on my presidency, and in 'A Promised Land' I've tried to provide an honest accounting of my presidential campaign and my time in office", Obama wrote in a statement.

"Along with being a fun and informative read, I hope more than anything that the book inspires young people across the country - and around the globe - to take up the baton, lift up their voices, and play their part in remaking the world for the better", he added.

​The first volume will be available in 25 languages and the publisher intends for 3 million copies to be printed. The 768-page memoir will also include two 16-page photographic inserts and will cost $45.

A publication date has not yet been set for the second volume which will be announced at a later date.

The first volume will explore his early political activism and into the 2008 presidential campaign, where he defeated Hillary Clinton for the Democratic primary race and then beat Republican candidate John McCain in the general election and became the US's first African American Commander in Chief.

It will also explore how Obama handled the global financial crisis at the infancy of his presidency, dealt with Russian President Vladimir Putin, passed the Affordable Care Act, and oversaw Operation Neptune's Spear, which led to the death of bin Laden, the publisher explains.

The book will also delve into his more personal moments, including his times of "self-doubt and disappointment" and how his life in the White House affected his family.

A November release date means that the former president will be on tour promoting his book after the US goes to the polls to elect Obama's Vice President Joe Biden or re-elect incumbent Donald Trump.

Trump Has Done More for Peace Than Obama Ever Did!