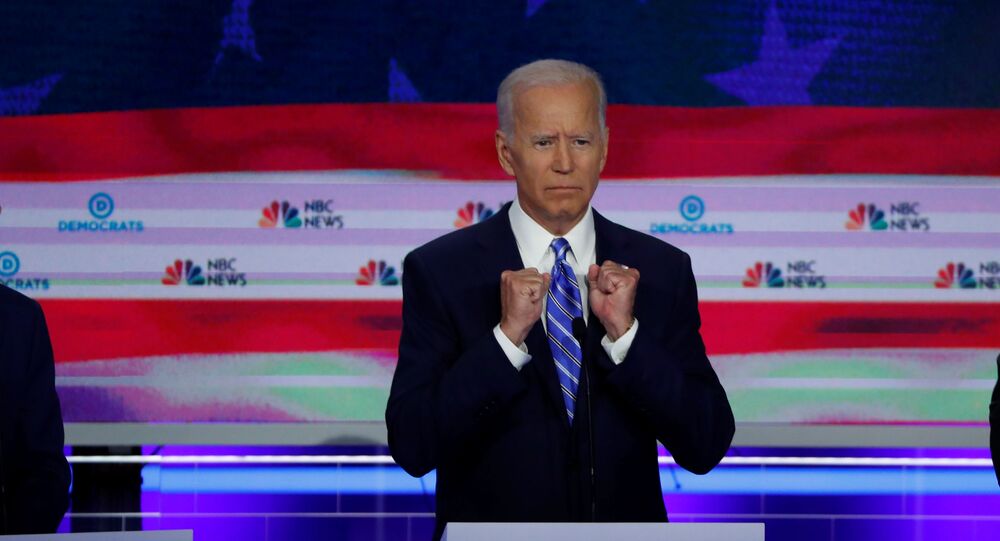 Earlier this week, ex-Vice President and current Democratic presidential frontrunner Joe Biden denied that his son Hunter was employed by a Ukrainian energy company in 2014 because of his father’s position in the Obama administration. The issue is currently being investigated by the Senate Homeland Security Committee.

The Senate Homeland Security Committee has announced that later this month, they are due to release a report, which will target Democratic presidential nominee Joe Biden’s dealings in Ukraine.

“Stay tuned. In about a week we’re going to learn a whole lot more of Vice President Biden’s unfitness for office”, committee head and Republican Senator Ron Johnson said during a video conference with GOP supporters on Monday.

Biden campaign spokesman Andrew Bates responded by accusing Johnson of "wasting months diverting" his committee “away from any oversight of the catastrophically botched federal response to the [COVID-19] pandemic”.

“Why? To subsidise a foreign attack against the sovereignty of our elections with taxpayer dollars — an attack founded on a long-disproven, hardcore right-wing conspiracy theory that hinges on Senator Johnson himself being corrupt and that the Senator has now explicitly stated he is attempting to exploit to bail out Donald Trump's re-election campaign,” Bates claimed.

Right now, Johnson’s committee is investigating Hunter Biden’s employment by the Ukrainian natural gas company Burisma in 2014, when his father was at the helm of the Obama administration’s Ukraine policy.

In February’s interview with NBC, former Vice President and current Democratic presidential hopeful Joe Biden denied allegations that his son Hunter was offered a job at Burisma because of his father’s position on the Obama team.

The Democratic candidate added that “no one's found anything wrong with [Hunter’s] dealings with Ukraine, except they say it sets a bad image”.

When asked about the reasons why Hunter Biden, who did not have previous experience in the field, had been given the seat on the board of Burisma, Biden said that his son was “a very bright guy”, adding that Hunter now regrets taking the job.

Biden’s son served on Burisma’s board from 2014 to 2019. The company was subject to a corruption-related probe by Ukrainian Prosecutor General Viktor Shokin, who was fired from his position in 2016. It was alleged that his ousting happened under pressure from officials in the Obama administration.

© AP Photo / Charles Dharapak
Hunter Biden Denies Any Wrongdoings in Ukraine, Calls Trump 'Unethical' Character From 'B Movie'
Shokin-related developments went further in late 2019, when US House Democrats tried to impeach President Donald Trump over a conversation he had with Ukrainian President Volodymyr Zelensky in July of that year.

POTUS was accused of threatening to withhold hundreds of millions of dollars' worth of US military aid to Ukraine if a probe into the Bidens’ alleged corrupted activities in the country was not restarted.

Trump denied the accusations, and he was exonerated by the Republican-controlled Senate following impeachment proceedings on 5 February.

How About Another Call to Ukraine? Trump Reveals What He Needs to Get the Better of Joe Biden