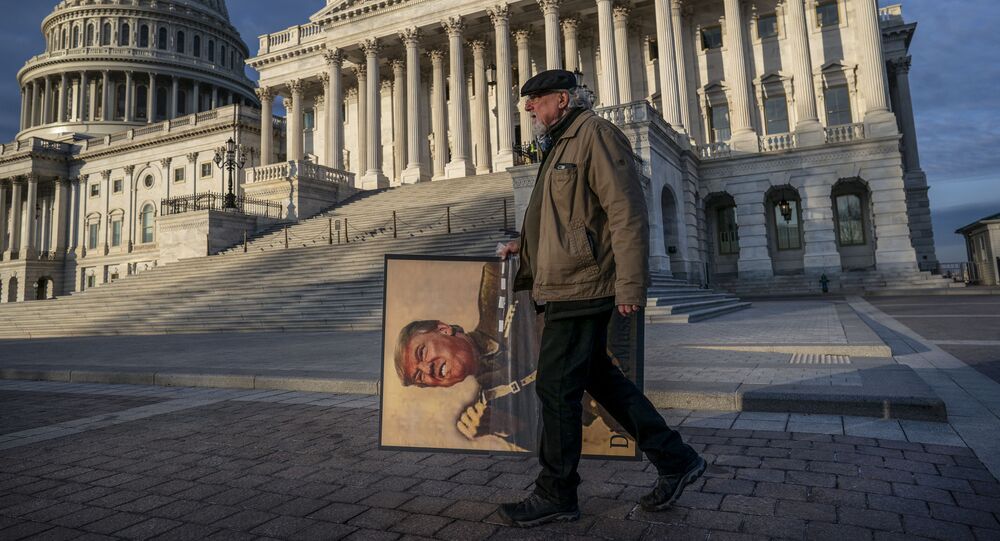 Impeachment Trial: A Timeline of How Democrats Tried and Failed to Remove Trump

From a dramatic beginning to a predictable end, the Trump impeachment saga has been a sight to behold. But if Capitol Hill is just outside your news bubble, you might have missed a thing or two about the biggest crisis of Trump's presidency. Sputnik has followed the story closely and is ready to fill in the gaps.

Seeing an American president being tried is by no means an everyday event. The Trump trial was just the third presidential impeachment attempt in US history – and the first this century.

The Senate trial, which lasted for almost three weeks from mid-January, was the final and perhaps the most dramatic stage of the process, preceded by an impeachment vote in the House and a two-month-long inquiry.

It concluded on Wednesday with the President’s acquittal in the Senate, widening the partisan divide and giving a massive boost of energy to both Republicans and Democrats just nine months before the presidential election.

Here is how it unfolded.

16 January. Seven House managers, acting as prosecutors in the trial, presented the two articles of impeachment to the Senate, centring on Trump’s dealings with Ukraine and accusing him of abuse of power and obstruction of Congress.

Later that day, Supreme Court Chief Justice John Roberts took over the largely ceremonial role of presiding over the trial. He then swore in 99 senators to act as jurors, calling on them to render “impartial justice”. Republican Jim Inhofe, who was absent that day due to family illness, was sworn in days later.

21 January. The hearings began in earnest with a series of votes on ground rules. Republicans wanted a speedy trial and acquittal, and Democrats called for key witnesses and White House documents to be subpoenaed.

The disposition: 53 Republicans vs. 47 Democrats. A simple majority was required to pass a motion, and a two-thirds majority to convict the president.

During the marathon 12-hour session that stretched into the early morning hours, the Senate Republicans killed each of the 11 amendments offered by Democrats, including measures to hear from additional witnesses and see more documents. Most motions were blocked by the same party-line vote, 53-47. 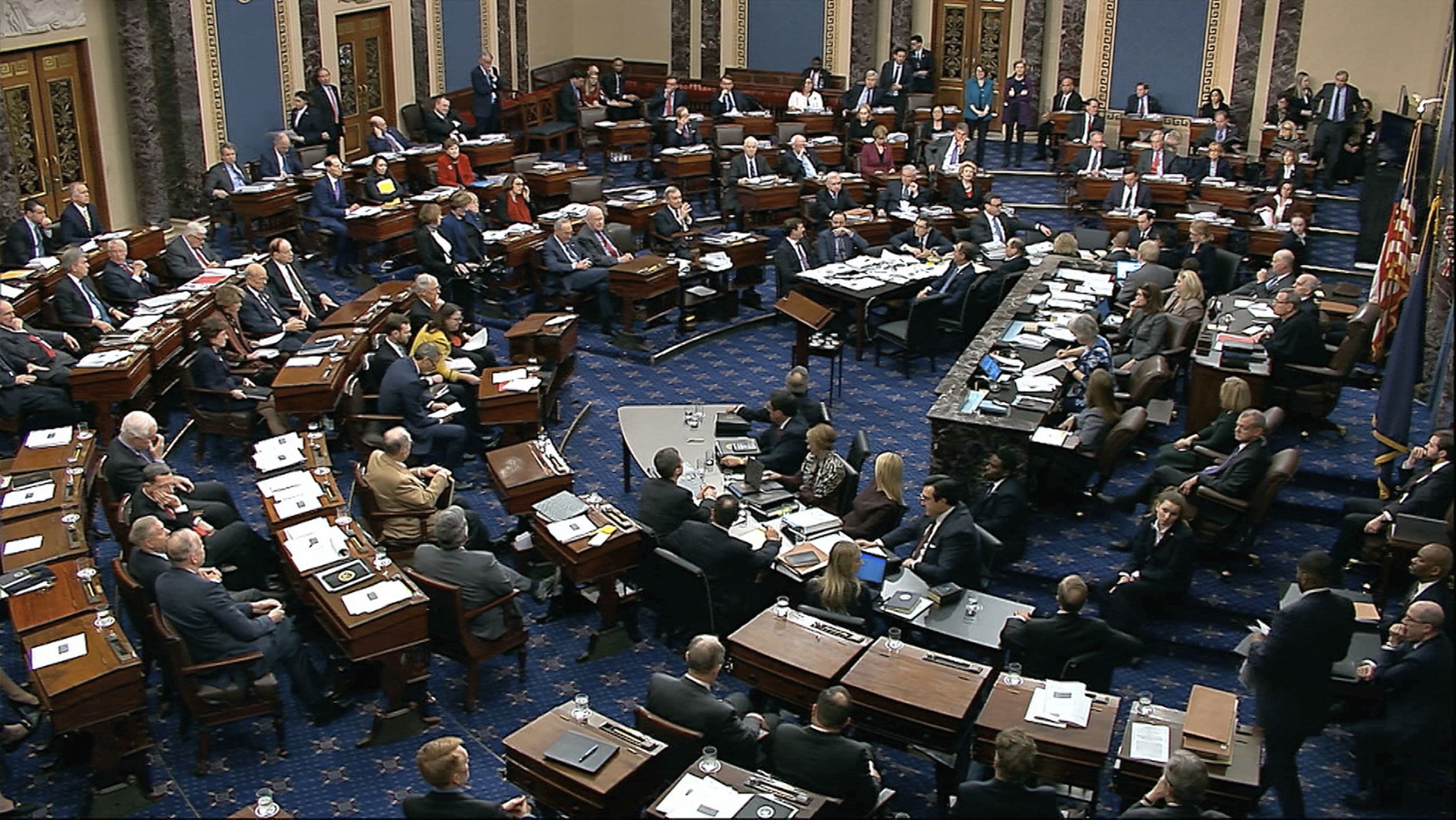 © REUTERS / Senate Television
In this image from video, Senators vote on approving the rules for the impeachment trial against President Donald Trump in the Senate at the U.S. Capitol in Washington, Wednesday, Jan. 22, 2020

Republicans still made a little concession by extending the timeline of opening arguments to 24 hours spread over three days for each side (not two, as Senate Leader McConnell originally suggested). It was decided that the senators would have a vote on witnesses and documents after both sides make their cases and after the question-and-answer session.

The key takeaway: the trial would play mostly according to Republican rules.

From 22 to 24 January, Democratic managers presented their opening arguments and laid out the timeline of Donald Trump’s alleged misconduct in the Ukraine affair, based on inquiries by the House Intelligence and Judiciary committees.

The key takeaway: Donald Trump conditioned nearly $400 million in planned military funding to Ukraine, along with a meeting with Ukrainian President Volodymyr Zelensky, on the public announcement of investigations into his potential rival in the 2020 election, Joe Biden, over corruption allegations.

25 January. Trump’s legal team argued their case by stating that the transcript of Trump’s July 2019 phone call with Zelensky – the centrepiece of his defence strategy – showed no quid pro quo.

They framed his move to hold back the aid as a foreign policy decision, driven by his suspicions about corruption in Ukraine and his effort to get European countries to contribute more to Kiev’s defence. 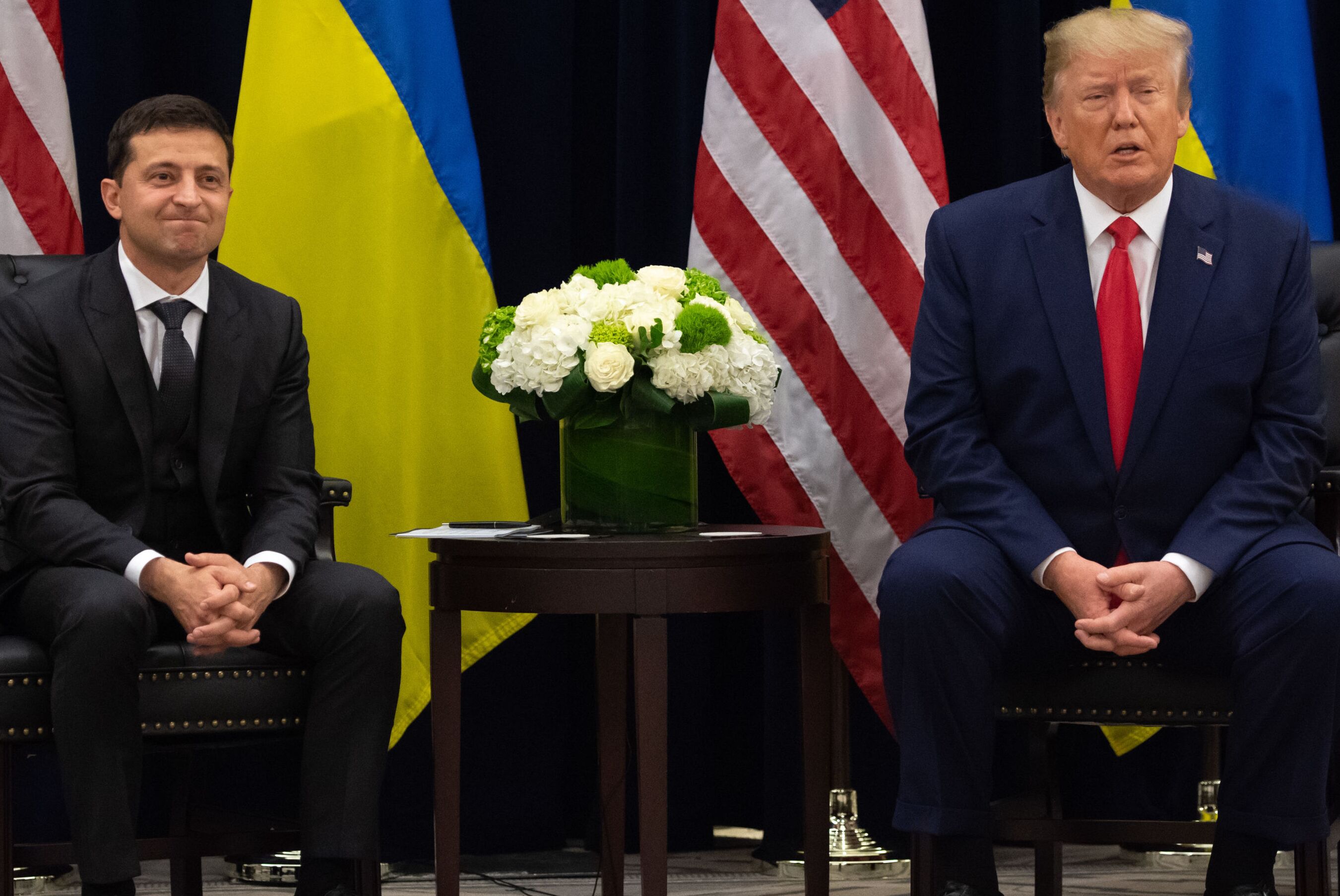 26 January. That argument was called into question after the New York Times reported that Trump’s former national security advisor John Bolton wrote in his yet-to-be-released memoir that the President had personally confirmed to him that there was a quid pro quo with Ukraine.

27 January. Trump dismissed that allegation and Bolton, who refused to testify in the House but said he was eager to appear in the Senate if subpoenaed, did not comment. Trump’s lawyers, while not denying Bolton’s reported account, stated that even if it were true, it didn’t rise to the level of an impeachable offence.

The key takeaway: Trump did nothing wrong, but Democrats went on to investigate and impeach him to overturn the results of the 2016 election.

Starting from 28 January, senators began a 16-hour period of questions and answers and debate which spread out over two days. Democrats focused their questions on the need to hear from more witnesses, particularly John Bolton. Republicans kept objecting to those demands and insisted that Trump should be cleared of wrongdoing.

On 31 January, Republicans again barred witness testimony and documents from the hearings in a 51 to 49 vote, with senators Susan Collins of Maine and Mitt Romney of Utah breaking ranks. 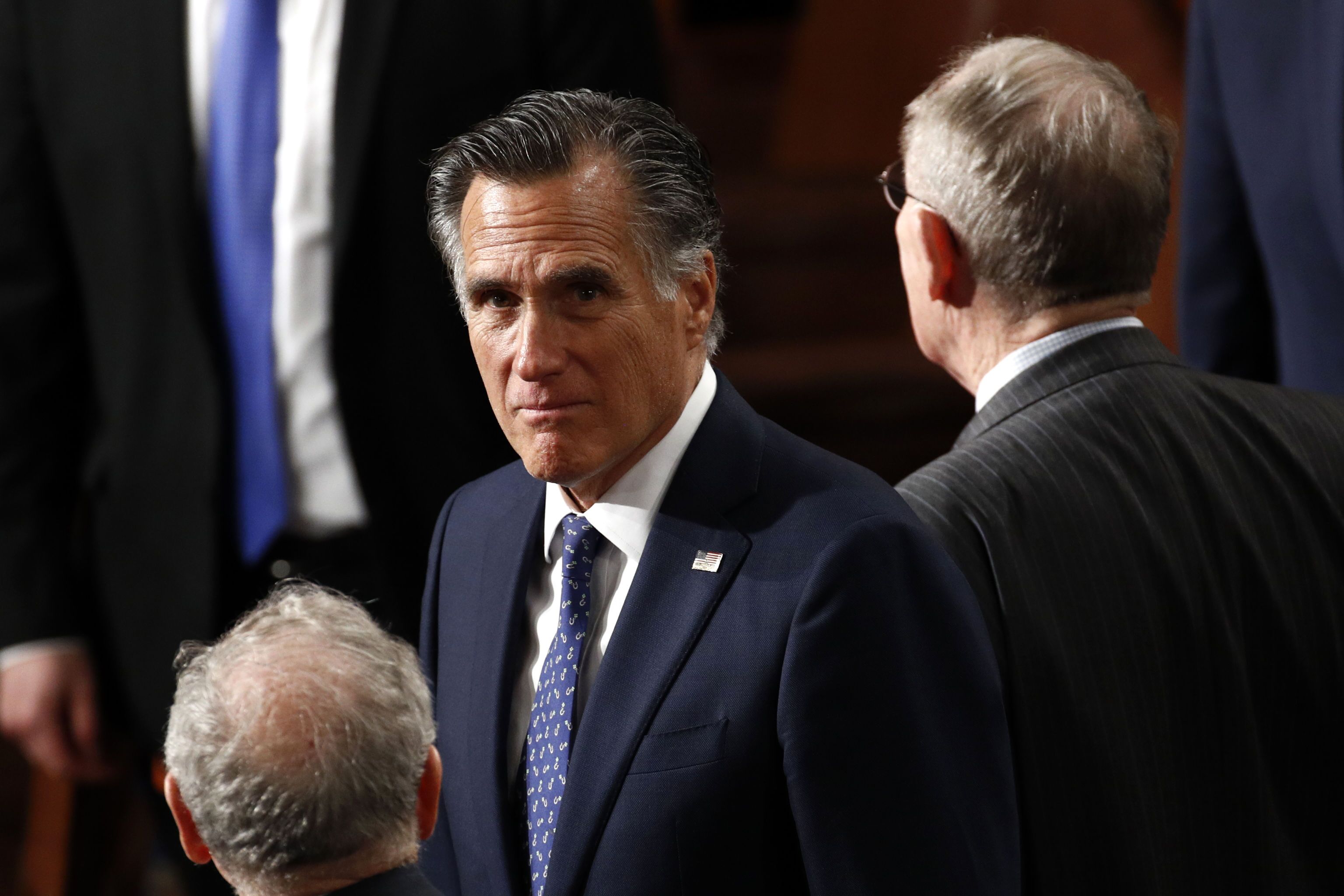 3 February. The trial moved to closing arguments. Each side was given two hours. “Every single vote, even a single vote, by a single member, can change the course of history,” House manager Adam Schiff said in a last-ditch desperate plea to Republicans.

White House counsel Pat Cipollone said: “I urge you on behalf of those Americans, of every American, on behalf of all of your constituents, to reject these articles of impeachment. It’s the right thing for our country. The president has done nothing wrong. These types of impeachment must end.”

On 4 February, Trump was acquitted on both articles of impeachment – 52-48 on the charge of abuse of power and 53-47 on obstruction of justice. Mitt Romney was the only Republican to vote to convict Trump – and the first senator in history to vote against a sitting president from his own party.

The vote brought an end to the historic impeachment process, but Democrats have already signalled they will continue to investigate Trump as the fight for the White House continues.