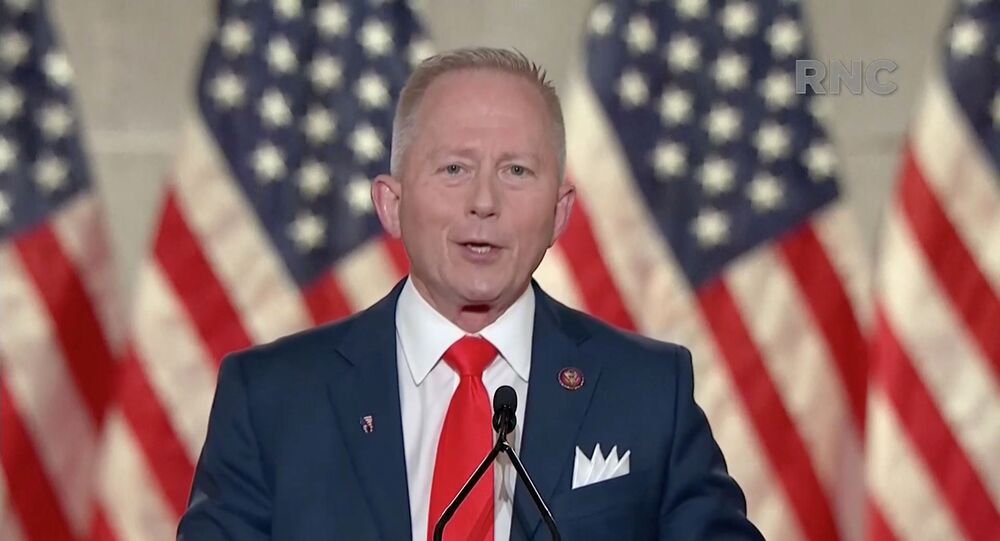 Democratic candidate Joe Biden often uses a catch phrase "C'mon, man!" in various situations, for which he has been mocked. During the Republican National Convention, his beloved catch phrase was again used against him.

"Do you think Joe Biden is willing, and most of all able to do the same [stand up against the radical left]? As Joe says, 'C'mon, man!", Van Drew said during his remarks.

A former member of the Democratic party, Van Drew shared switching sides while addressing the RNC. Beginning his political career as a Democrat, he transitioned to GOP after the Democrats in the US House impeached US President Donald Trump. During his speech, he slammed his former party for "moving from liberal to radical".

“Democratic leaders told me that I had to vote for impeachment or my life would be made difficult and I wouldn’t be able to run again", Van Drew stated, adding that voting against the impeachment was an "easy call" for him.

He slammed Joe Biden as the Democratic "puppet president", urging to "be true to who you are now, not who the Democrats used to be".

​When Van Drew took office in 2019, he was the first Democrat to represent southern New Jersey in almost 25 years. However, in December of that same year, he announced his decision to switch to GOP party, as he did not support Trump's impeachment and was verbally attacked by fellow Democrats.

The Republican National Convention is ending today, and is expected to be closed out by Donald Trump, delivering his acceptance speech.