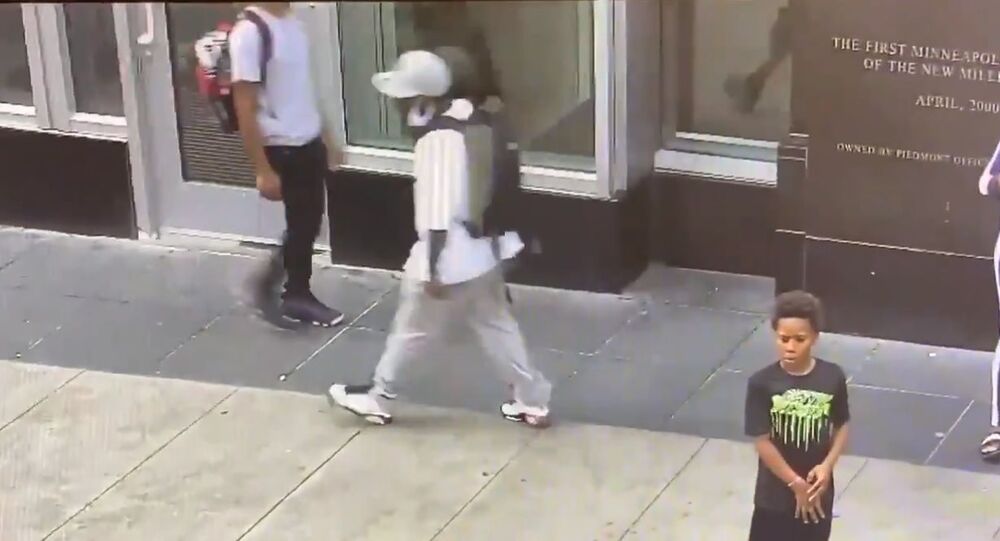 The death of the African-American man, falsely blamed on local law enforcement, sparked a spate of protests and looting in downtown Minneapolis as the city is still struggling to recover from the riots in the wake of George Floyd's killing in police custody.

Minneapolis police have released footage showing the final moments of an unnamed African-American suspect in the case of a fatal shooting who committed suicide as he was about to be arrested by law enforcement officers.

The suspect, who is believed to have been behind the murder of another person as a result of a quarrel on 26 August, is seen in the video approaching the closed door of a building and pulling out his gun, scaring nearby bystanders. He then seemingly puts the gun's barrel into his mouth and pulls the trigger soon afterwards.

WARNING: THE FOLLOWING VIDEOS ARE GRAPHIC AND MAY OFFEND SENSIBILITIES

This is why they're rioting pic.twitter.com/XlvOimMJaI

Man in Minneapolis commits suicide by shooting himself somewhere in the head but lets blame the police and riot. lets go pic.twitter.com/MDmQtrsdit

At the end of the video, two police officers are seen running towards the motionless body of the suspect. Other videos that emerged online later allegedly show the moments after the tragedy, with one officer trying to revive the man.

The release of the graphic video by the police was a measure taken around 90 minutes after the incident in a bid to prevent mass protests amid rumours that it was one of the officers who shot the African-American man. Police vehemently denied these claims, stating that "no officer weapons were fired" throughout the incident. This, however, didn't stop people from rioting and looting several malls downtown.