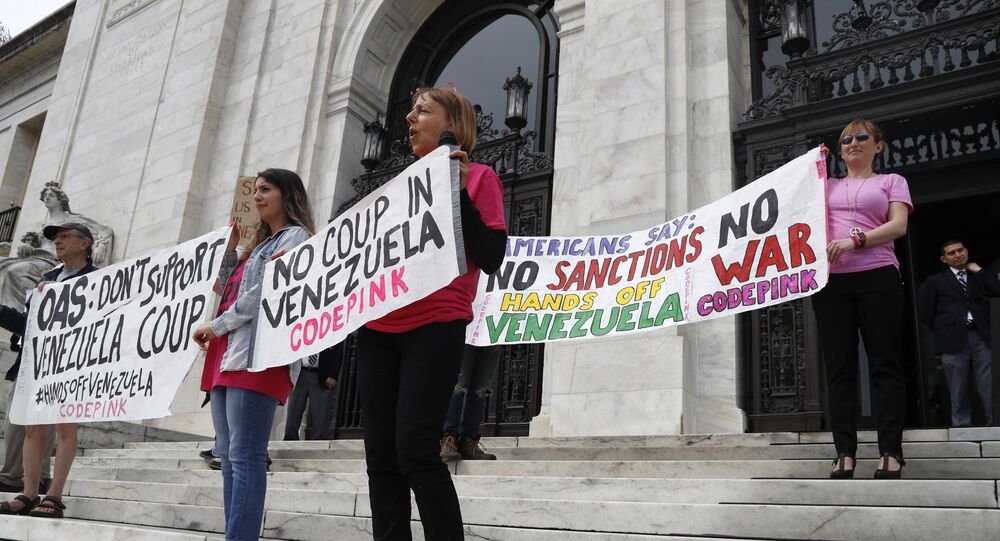 In April last year, opposition leader and self-proclaimed interim President Juan Guaido attempted to stage a coup in Venezuela and overthrow democratically elected President Nicolas Maduro, purportedly with support from the US government. However, the attempt was botched due to the military refusing to support Guaido.

What could be worse than attempting to overthrow a legal, elected foreign government in violation of international norms? Apparently it is to fail at such an attempt, according to a recent Twitter rant by Democratic Senator Chris Murphy, a member of the Senate Foreign Relations Committee, who described Trump's policy of "restoring Democracy" in Venezuela as a "running comedy of errors".

Chris Murphy says Trump's tactics when it comes to the Latin American state is a "case study in international relations malpractice", arguing that 2019 presented "an opportunity" to oust elected President Nicolas Maduro - an opportunity that Trump missed miserably, according to the senator. He went on to allege that POTUS' actions had actually benefited the Venezuelan president.

Short story – it’s been a case study in diplomatic malpractice, and I want to tell you the quick story of how Trump’s bungling has empowered a brutal dictator.

Listing Trump's purported failures in the matter, Murphy claimed that the president should have focused on "neutralising" Maduro's foreign allies - Russia, Cuba, and China. He added that by failing to force them to end their support, Trump doomed any attempts to oust Maduro. However, the senator failed to specify how Trump should have convinced Moscow, Beijing, and Havana to change their minds and stop supporting Venezuela.

The Democratic senator further argued that by appointing a symbol of "American imperialism" in Latin America, Elliot Abrams, and by acting "largely alone", the US president turned most of the country, including the military, against Washington and its favoured self-proclaimed interim President and opposition figure Juan Guaido. Murphy claims that this all effectively resulted in the April coup fiasco, which, as the senator apparently admitted, US-orchestrated.

7/ Then, it got real embarrassing. In April 2019, we tried to organize a kind of coup, but it became a debacle. Everyone who told us they’d rally to Guaido got cold feet and the plan failed publicly and spectacularly, making America look foolish and weak.

© REUTERS / MIRAFLORES PALACE
Nothing Changed: Why US Coups in Latin America in 20th Century Resemble Recent Events in Venezuela

The senator also stressed in his rant that Trump's Venezuela policy and its failure to topple the Venezuelan government would come under the scrutiny of the Senate Foreign Relations Committee in a rare case of a US president being castigated for failing to oust a democratically elected foreign leader.