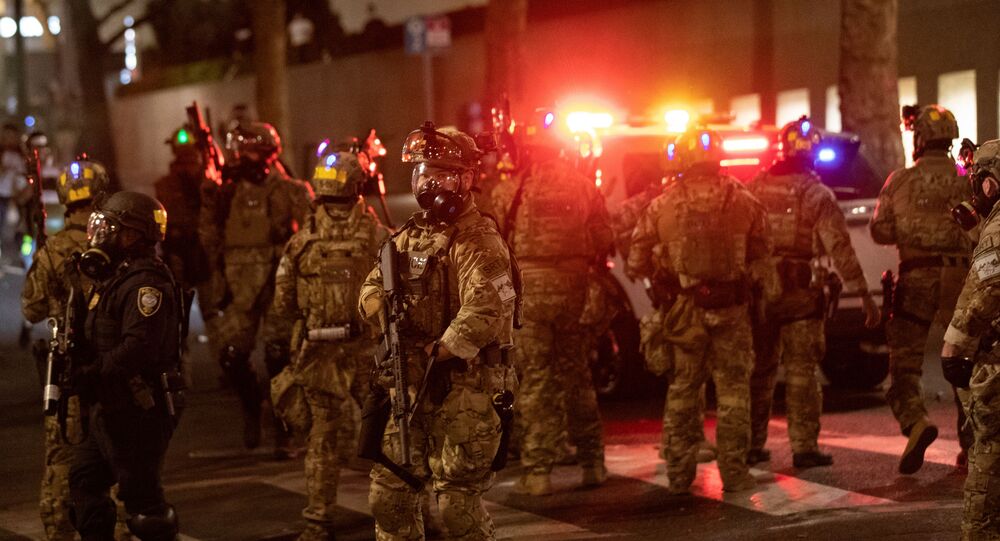 WASHINGTON (Sputnik) - US President Donald Trump on Wednesday vowed to take further action in Portland, Oregon to end the ongoing violent protests in the city if state and local leaders do nothing to address the issue.

"If the Mayor and Governor do not stop the crime and violence from the anarchists and agitators immediately, the federal government will go in and do the job that local law enforcement was supposed to do", Trump said via Twitter.

...do not stop the Crime and Violence from the Anarchists and Agitators immediately, the Federal Government will go in and do the job that local law enforcement was supposed to do!

Brown and Portland Mayor Ted Wheeler have said the federal police presence in the city has inflamed tensions amid nationwide protests following the May 25 death of African-American George Floyd while being restrained by police. Many of the protests have turned into riots complete with violence against police officers and civilians as well as acts of vandalism, arson and looting.