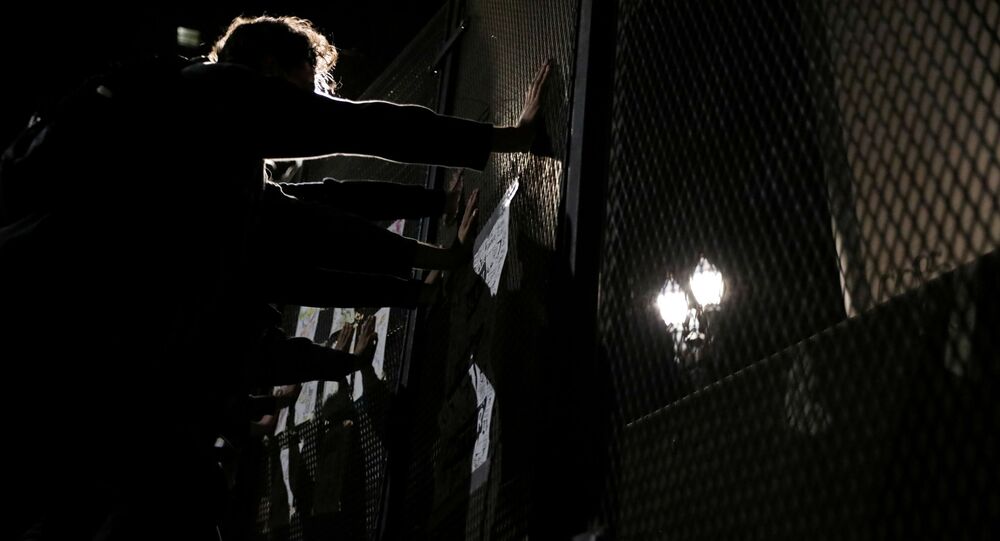 Federal officers were sent to Portland, Oregon, by US President Donald Trump in mid-July to help quell civil unrest and protect federal property, particularly a courthouse that had suffered attacks by violent protesters.

Portland City Commissioner Chloe Eudaly stated on Tuesday that the erection of a fence around the federal courthouse is a "federal occupation" and announced that the city is fining the US government $500 for every 15 minutes the fence remains in place.

"Typically, we would send a maintenance crew or contractor to remove such an obstruction, but I will not send workers into harm's way. Yes, I am afraid to direct workers to do their job and enforce our laws against the federal government—I hope that gives everyone reading this pause. As of yesterday, the federal government owes us $192,000 and counting. We intend to collect", the statement said.

The fence was erected last Wednesday, as a barrier to protect the courthouse from violent protesters, and the Portland Bureau of Transportation issued a cease and desist demand to have it removed, but has not received a response.

Rioters are lighting whatever they can on fire and throwing it at the Portland federal courthouse. #PortlandRiots pic.twitter.com/2gKb3e39Q3

Antifa rioters are throwing Molotov cocktails toward federal officers at the courthouse. Earlier in the day, police found a cache of ready-made incendiary devices and fully loaded magazines. Video by @livesmattershow. #PortlandRiots pic.twitter.com/KFPyahZ8Er

​​Earlier, Portland Mayor Ted Wheeler and City Commissioner Jo Ann Hardesty called for an "immediate meeting" with the leadership of the Department of Homeland Security (DHS) on the ground in Portland. According to a statement from Eudaly, there has been no response.

Anti-racism protests in Portland have turned violent and some were declared riots by local police, while over 20 federal agents sent to the city have reportedly been injured. As of 28 July, 2 officers were claimed to have been attacked by unknown liquids, but were later decontaminated as a precaution before returning to duty.

Over 22 protesters arrested in Portland over the weekend are facing federal charges, according to the US Justice Department.

As Portland authorities insist that they have not invited federal forces into the city and do not require their help, the DHS stresses that "enforcing federal law is not by invitation" and such agencies as the FBI, DEA, and ATF among others, do not need requests from local authorities.

In the case of Portland, federal agents were deployed in the city by US President Donald Trump, reportedly to protect federal property and help quell the unrest.

New Round of Protests Hits Portland, Oregon Amid Tensions Between Demonstrators and Feds - Video