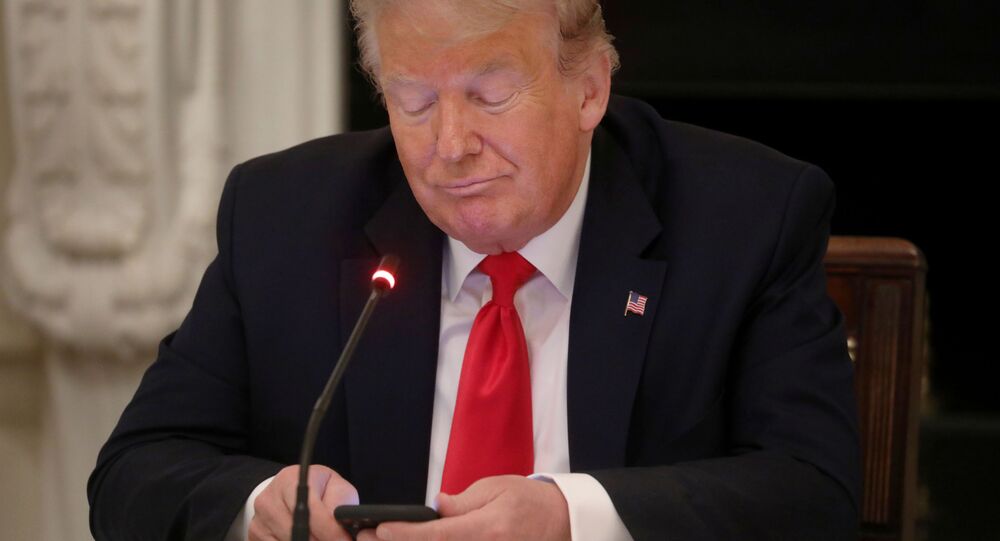 US President Donald Trump was candid in a recent interview with Barstool Sports founder Dave Portnoy and revealed that it is not uncommon for him to have a little tweeter’s remorse.

“Do you ever tweet out and … wake up and be like ‘oh, man I wish I didn’t send that one out’?” asked Portnoy in part two of an interview posted to Twitter on Friday.

“Often, too often,” Trump responded in the interview, “In the old days before this you’d write a letter … you put it on your desk and then you go back tomorrow and then you say ‘oh, I’m glad I didn’t send it,’ right?”

“We don’t do that with Twitter,” he added. “We put it out instantaneously. We feel great. And then you start getting phone calls ‘did you really say this?’”

“You know what I find? It’s not the tweets - it’s the retweets that get you in trouble,” Trump insisted.

Trump also had words for those who continue to relate a Russiagate narrative to his presidency.

“I’m tougher with the world leader than any president’s been. I’ve been tougher on Russia by far - with the pipeline, with our military, with the oil … I’ve been very tough with Russia” Trump said in the interview.

He went on to say that China, Japan and a host of other US countries have been ripping off the US.

Reflecting on the 2020 presidential election, Trump remarked that the “China virus” was a “dampener” and “downer, psychologically” for his campaign, which was “sailing” before the pandemic.

“We have a lot of people who would like to see their states closed. I have a feeling on November 4 they’ll open them up. I think they want to do it for political reasons. But we’re doing well and the polls are really starting to shape up,” he said.

When Portnoy asked about the athleticism of Dr. Anthony Fauci, director of the National Institute of Allergy and Infectious Diseases, ahead of his viral MLB pitch, Trump spoke about the nation’s top infectious disease doctor’s basketball skills.

“He’s not tall, but he was a fast little guard … and they say he was a good basketball player,” Trump noted, later referring to Fauci as a “nice man.”