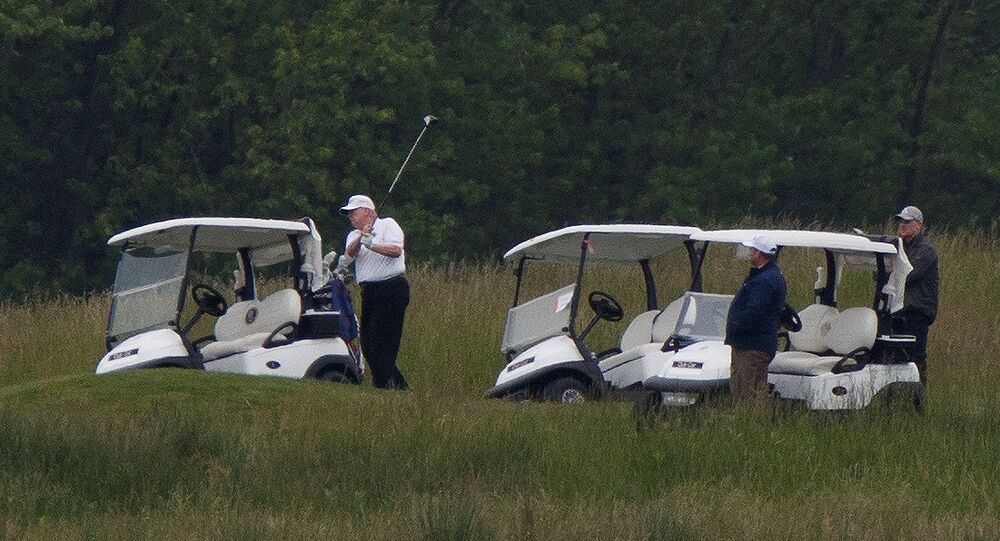 The video remained on Trump’s Twitter account for more than three hours as White House officials repeatedly tried to reach out to him to tell him to delete it, the two officials confirmed to NBC News. The president was at his golf club in Virginia and was not checking his phone during that three-hour time period.

White House officials also tried to contact Deputy Chief of Staff for Communications Dan Scavino to tell him to delete the retweet, but they were unable to reach him.

When officials were finally able to reach the president, he agreed to remove the video from his Twitter page.

The White House officials described the incident to NBC as a “five-alarm fire.” In the video, which showed clashes between anti-Trump and pro-Trump demonstrators in Florida, a Trump supporter can be seen driving a cart bearing “Trump 2020” and “America First” signs. At one point within the first nine seconds of the video, the driver loudly yells “white power.”

“The Radical Left Do Nothing Democrats will Fall in the Fall. Corrupt Joe is shot. See you soon!!!” Trump’s caption alongside the video read in his now-deleted post.

According to White House Press Secretary Kayleigh McEnany, Trump did watch the video before sharing it but didn’t hear his supporter yell "white power."

"The president did not hear that phrase in that portion of the video, and when it was signaled to him that this was in there he took that tweet down,” McEnany told “Fox & Friends” on Monday.

Officials also told NBC that Trump receives a large amount of content from his aides and allies, with one official claiming that this incident was a “lesson to all of us in the White House to be more aware of what's out there."

“I would just make this observation: He doesn’t pay attention to a lot of things. It's entirely possible he tweeted this video because he saw the sign. And that’s all he needed to see,” Bolton said.

In April, Trump retweeted a message with the phrase “Time to #FireFauci,” which was in reference to National Institute of Allergy and Infectious Diseases Director Anthony Fauci. When he was asked in April whether he was aware of the hashtag when he retweeted the post, Trump responded: “Yeah, I notice everything,” NBC reported.